General
News ID: 3461223
TEHRAN (IQNA) – A senior Iraqi cleric urged the media to reflect to the world Shia Muslims’ faithfulness to Imam Hussein (AS) demonstrated in their annual Arabeen march. 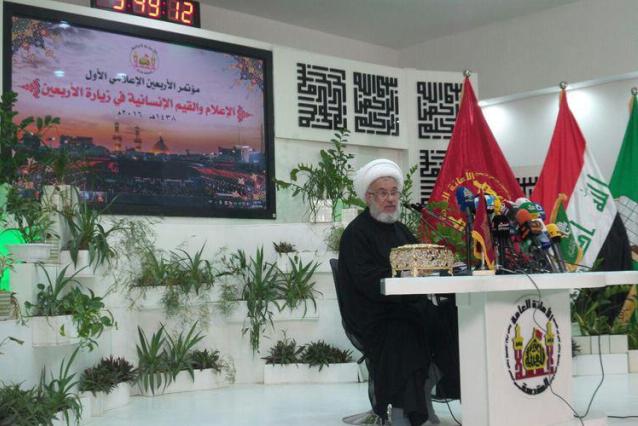 Sheikh Mahdi al-Karbalayi, representative of grand Shia source of emulation Ayatollah Ali al-Sistani in Karbala and custodian of the holy shrine of Imam Hussein (AS), added that the world needs to know about the meaning of the Arbaeen pilgrimage by millions of Shias every year, the Noon news agency reported.

He made the remarks in a conference on Arbaeen held in Karbala by the information dissemination center of the Astan (custodianship) of Imam Hussein (AS) holy shrine.

Every year, Shia Muslims from Iraq and other countries march to the holy city of Karbala to commemorate Arbaeen (the 40th day after the martyrdom of Imam Hussein (AS), his household and his companions on Ashura).

In the past few years, around 20 million pilgrims from all over the world, including Iran, took part in the mourning ceremonies marking Arbaeen.