General
News ID: 3465390
TEHRAN (IQNA) –  The Palestinian Authority refused to take part in a meeting hosted by the White House on the situation in the Gaza Strip, with officials from the Zionist regime of Israel and Arab countries, including Saudi Arabia, in attendance. 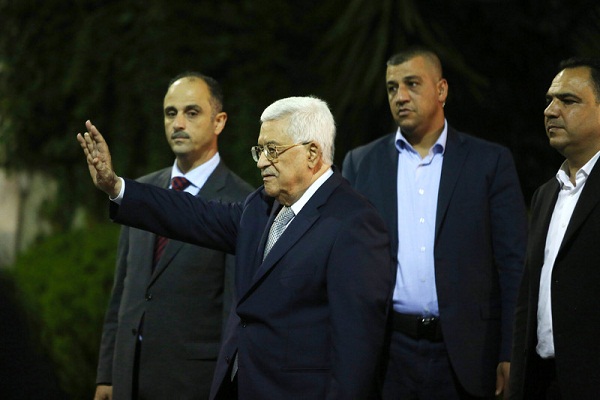 The Tuesday meeting was the first of its kind to be hosted by the White House.

Gaza, which hosts roughly two million Palestinians, is facing a humanitarian crisis, driven by Israel’s 2006-present siege of the territory, and its incessant attacks and wholesale wars.

The United Nations has said the enclave could become “uninhabitable” by 2020. Tel Aviv, however, says it has to employ the blockade to pile up pressure on the Palestinian resistance movement of Hamas, which runs and defends the enclave in the face of the regime’s aggression.

The White House meeting was, however, boycotted by the PA, which is outraged by US President Donald Trump’s move last December to recognize the occupied holy city of Jerusalem al-Quds as Israel’s “capital.”

Trump’s declaration prompted PA President Mahmoud Abbas to formally declare that Palestinians would no longer accept the US as a mediator to resolve the decades-long Palestinian-Israeli conflict as Washington is “completely biased” towards Tel Aviv.

Ever since, Abbas has been turning to the European Union, the African Union, Russia, China, and the Arab League to join efforts aimed at resolving the conflict.

Although it has alienated the Palestinians, the US administration insists on intervening in the process.

Washington is devising a so-called Middle East “peace plan,” and US officials said the Tuesday conference was integral to “future negotiations,” which Washington should seek to be held based on the plan.

According to The Jerusalem Post, the plan is “designed to cement a burgeoning alliance between the Sunni Arab world” and Israel.

Led by Saudi Arabia, many of the Arab states have been increasingly reversing their traditional policy of representing themselves as Israel’s enemies and upholders of the Palestinian cause of ending Israeli occupation.

In response to Abbas’ position, the Trump administration said in January that it would withhold $65 million of a $125 million aid installment to the United Nations Relief and Works Agency for Palestine Refugees (UNRWA).

“We regret that the Palestinian Authority is not here with us today,” Jason Greenblatt, Trump’s special envoy for the so-called peace process between Israelis and Palestinians, said at the meeting, which was also attended by Jared Kushner, Trump’s son-in-law and senior adviser.

He added that in whatever action, which could be taken concerning Gaza’s situation, should be carefully devised so as not to “inadvertently empower” the resistance movement.