No One Authorized to Act on Palestinians’ Behalf at Bahrain Confab: Hamas

General
News ID: 3468582
TEHRAN (IQNA) – A spokesman for the Islamic resistance movement, Hamas, said Palestinians will not allow anyone to relinquish or trade their cause at a forthcoming US-led conference in Bahrain next month in support of US President Donald Trump’s controversial proposal for Middle East “peace” dubbed “the deal of the century”. 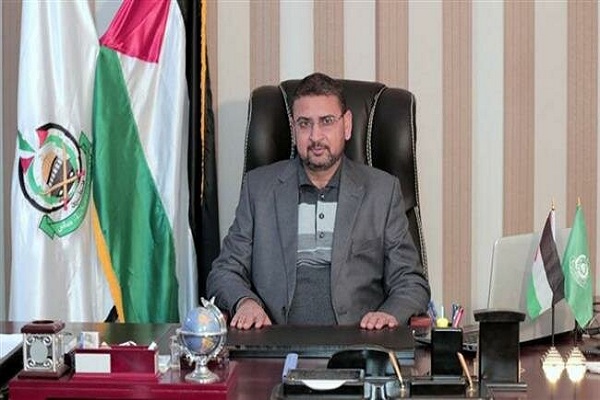 “The insistence on convening the Bahrain conference, despite Palestinians’ boycott, constitutes a violation of the decisions taken during the Arab League summit in Tunis, and an attempt to impose the American vision on the Palestinian nation,” Sami Abu Zuhri said in a post published on his official Twitter page on Tuesday.

Earlier in the day, Palestinian Freedom Movement described the June 25-26 conference in Manama as a serious attack on the Palestinian issue, calling on Bahraini officials to reverse the “dangerous decision.”

It also urged the Bahraini nation as well as the country’s institutions and executive bodies to act effectively and pressure authorities to overturn the decision, Press TV reported.

On Monday, Hamas called on Arab countries not to accept invitations to participate in the upcoming Bahrain workshop scheduled for late June, saying, “This is the beginning of the deal of the century.”

“We call on Arab countries not to respond to invitations to participate in the workshop in Bahrain, and stand by the Palestinian nation by all means and tools...,” the movement said in a statement.

Trump’s “peace plan” has already been dismissed by Palestinian authorities ahead of its unveiling at the end of the holy fasting month of Ramadan and the formation of the new Israeli cabinet, most likely in June.

Speaking in the occupied West Bank city of Ramallah on April 16, Palestinian Prime Minister Mohammad Shtayyeh lashed out at the initiative, asserting that it was “born dead.”

Shtayyeh noted that negotiations with the US were useless in the wake of the country’s relocation of its embassy from Tel Aviv to Jerusalem al-Quds, which Palestinians consider the capital city of their future state.