General
News ID: 3468642
TEHRAN (IQNA) – Iranians, along other Muslim worldwide, took to the streets in massive numbers to mark the International Qud Day after Leader of the Islamic Revolution Ayatollah Seyed Ali Khamenei called this year's rallies more important than ever. 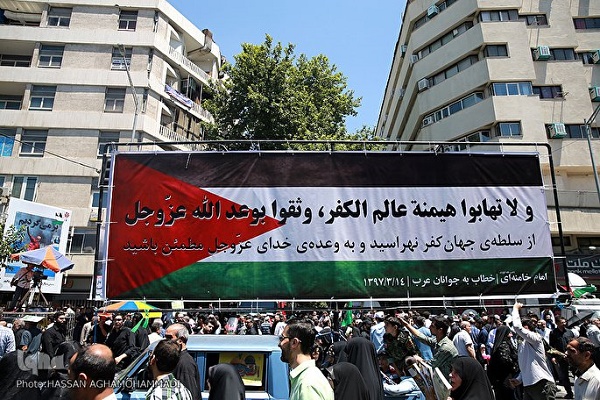 People in Tehran and other cities flocked to main streets to support Palestinians who are facing the dangerous prospect of a sellout of their rights through a US plan called the "deal of the century".

Similar rallies were planned across the world, including in many Muslim countries as well as in Europe and America, to show solidarity with the Palestinians and condemn Israeli atrocities and US policies.

Hamas leader Yahya Sinwar on Thursday sent a grave warning to Israel ahead of Quds Day and used the opportunity to reject US President Donald Trump’s plan and a summit in Bahrain next month to promote it.

“Trump wants to sell al-Quds to the Zionists without paying a price,” Sinwar said, according to Press TV. “I call him from here and say that I and the Palestinian people will be demonstrating along the [Gaza] fence in light of Quds Day in numbers that have not been seen before.”

Sinwar also warned to attack Tel Aviv and other cities with double the force if “the enemy dares to attack once again.”

“We will not sell al-Quds …We believe liberation of al-Quds will come soon,” he added.

The International Quds Day is a legacy of the late founder of the Islamic Republic of Iran, Imam Khomeini, who designated the day in solidarity with the Palestinians. 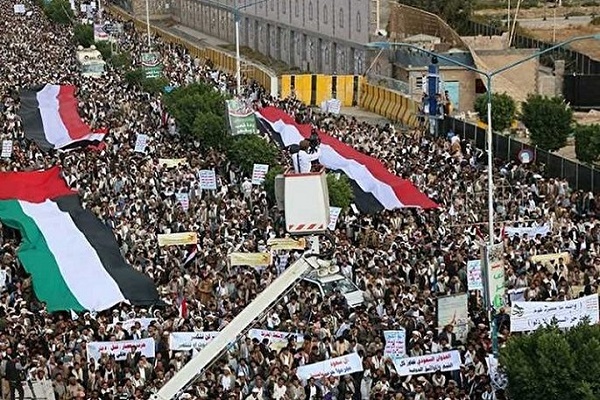 Since the 1979 Islamic Revolution in Iran, the International Quds Day has been marked worldwide on the last Friday of the Muslim fasting month of Ramadan.

0
LIKE
Error Report
Related News
Palestine Not for Sale: Hamas
Bahrain’s Al-Wefaq to Hold Conference in Beirut against ‘Deal of the Century’
‘Deal of Century’ a Void Deal: Nasrallah
Tags: IQNA ، Quds ، rallies
Your Comment