Course on Scientific Miracle of Quran Held in Nigeria

General
News ID: 3469119
TEHRAN (IQNA) – The first edition of an educational course on the scientific miracle of the Holy Quran was held for university teachers in Kano State of Nigeria. 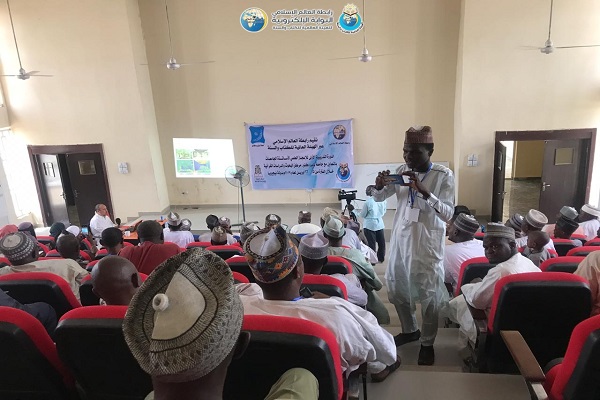 According to ioqas.org, the Bayero University  hosted the course, organized by the International Organization of Quran and Sunnah affiliated to the Muslim World League.

The Center of Quranic Studies and Research of the university cooperated in holding the educational program.

Khlid Abdul Kafi, deputy of the secretary general of the organization’s scientific and educational section, said a total of187 university instructors from all over the African country took the course.

The two-day program included 15 speeches presented in Arabic and English, he added.

Abdul Kafi noted that among the objectives of the course was forming a group of researchers and academic figures interested in such topics.

Those taking the course received certificates at the end of the educational program.