Woman Converts to Islam in The Philippines 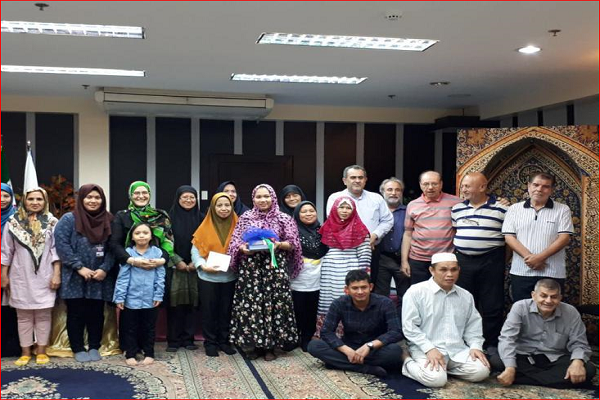 She had talked to Tandis Taqavi, the teacher of the Dar-ol-Quran of the center about her decision to accept Islam as her religion.

She told her that she has studies about Islam and wished to become a Muslim.

The woman pronounced the Shahadatayn in a ceremony held at the center and attended by the Iranian cultural attaché, members of Ahl-ul-Bayt (AS) Association of Manila, Iranians residing in the region and students of the Dar-ol-Quran.

Leosta Gonzales who adopted the name Maryam was gifted a copy of the Holy Quran and Nahjul Balagha.

To become a Muslim one must pronounce the Shahaadatayn (Declaration of Faith) with sincerity and conviction.

The Shahadatayn is the following: