German Mosques Open Doors to People of All Faiths 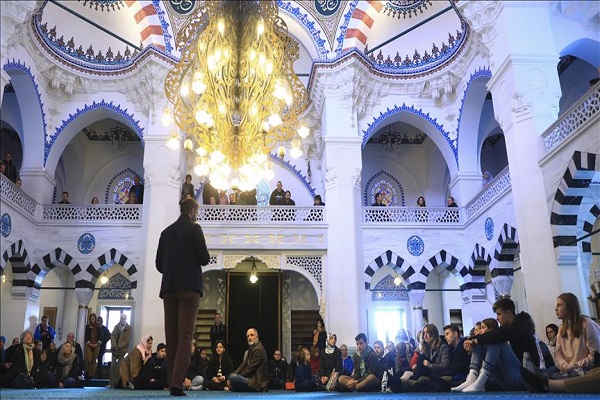 Cologne Central Mosque, Germany’s largest mosque in the western city, was visited by several hundred visitors who had a chance to ask questions about Islam and traditions of Muslims.

In Berlin’s prominent Sehitlik Mosque, imams responded to questions by parents, who visited the mosque together with their children, to learn about the Islamic faith and culture, Muslim values and traditions, Anadolu Agency reported.

Open Mosque Day, which takes place annually on the Day of German Unity, was organized by Germany's Muslim Coordination Council (KRM), a platform bringing together the largest Muslim organizations in the country.

An estimated 100,000 visitors were expected to participate this year in the events in more than 1,000 mosques across the country.

Germany, a country of over 81 million people, has the second-largest Muslim population in Western Europe after France.

In recent years, the country has seen growing Islamophobia and hatred of migrants triggered by propaganda from far-right and populist parties.