General
News ID: 3469856
TEHRAN (IQNA) – The faithful have a common commitment to peace, justice, human dignity and protection of the environment, the president of the Pontifical Council for Interreligious Dialogue said. 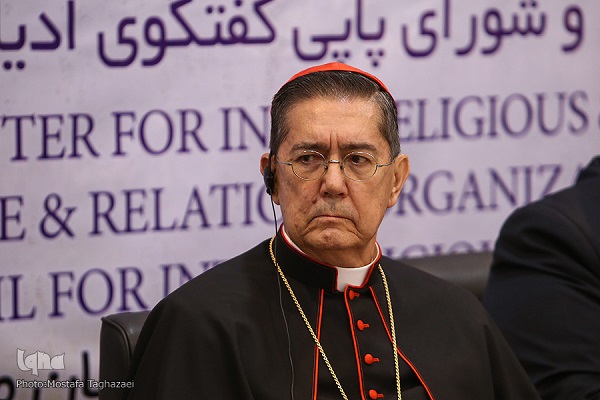 Miguel Angel Ayuso Guixot made the remark in the 11th round of the religious dialogue between the Iranian Center for Interfaith Dialogue and the Pontifical Council for Interreligious Dialogue of Vatican on Monday.

The forum, whose theme is “Christians and Muslims: Serving Humanity Together”, began in Tehran today.

He added that all of those who worship God want good for the society.

Guixot also hailed the interfaith dialogue between Christians and Muslims and said such talks serve to promote understanding between the two sides.

“We, Christians and Muslims, should serve the society and know how to help the society via religions,” he further said.

The Islamic Culture and Relations Organization in Tehran is hosting the two-day interfaith dialogue.