General
News ID: 3470050
TEHRAN (IQNA) – A Syrian child who is in Turkey with her family as refugees has managed to learn the entire Quran by heart. 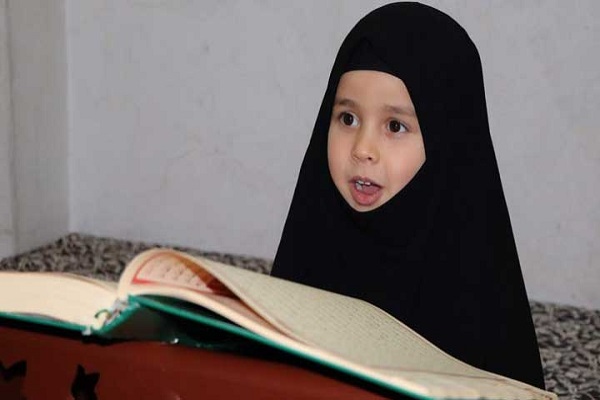 Latifa Ahmed al-Ta’ama, who is four and a half years old, is from Syria’s Deier ez. Zor province.

Her father Ahmed Zia says she started memorizing short Surahs of the Quran at the age of two, stepagency website reported.

He added that after the family discovered Latifa’s exceptional talent, they helped her to continue on this path until she memorized the entire Quran.