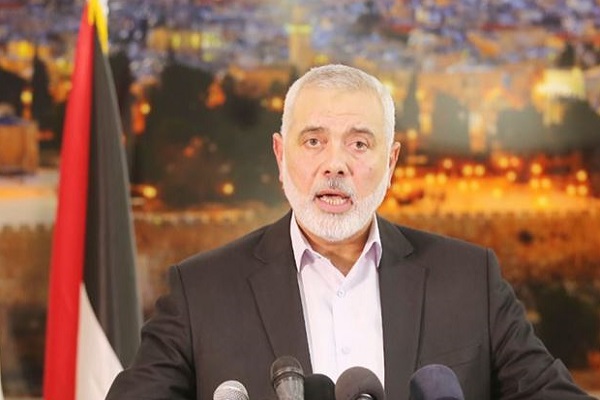 Hamas's political bureau chief, Ismail Haniyeh, made the remark in a telephone conversation with Ala Abujazar, a Palestinian who was released on Wednesday after spending 17 years in an Israeli jail.

He said release of Palestinian prisoners is high on the agenda of the resistance movement.

Haniyeh also hailed the steadfastness of the Palestinians in the Zionist regime prisons.

More than 7,000 Palestinians are reportedly held at Israeli jails. Hundreds of the inmates have apparently been incarcerated under the practice of administrative detention, a policy under which Palestinian inmates are kept in Israeli detention facilities without trial or charge.

Some Palestinian prisoners have been held in administrative detention for up to 11 years.

At least over a dozen Palestinian lawmakers and nearly 20 journalists are also held in Israeli detention facilities, several of them under the administrative detention policy.