General
News ID: 3470447
TEHRAN (IQNA) – The Syrian army is on the brink of seizing a camp of the al-Nusra Front terrorist group in Idlib, news sources said. 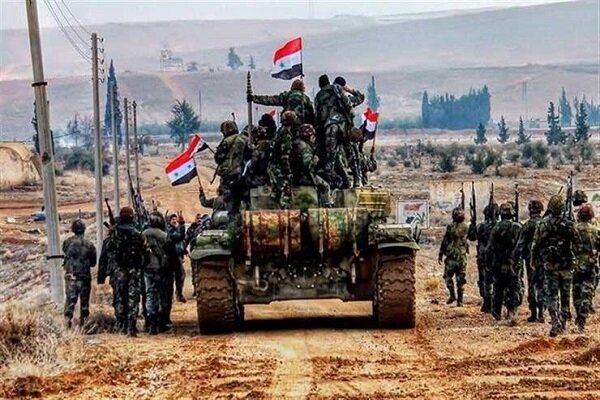 According to SANA, the army forces have recaptured two villages south of Idlib city and are now 500 meters away from Maarrat Al-Nu’man, the main camp occupied by the militants.

The forces have cleared the nearby villages of the militants and are advancing toward the camp, the report said.

Maarrat al-Nu’man holds a strategic position next to the M5 Highway, a key route in the battle against foreign-backed terrorists.

It was occupied by the terrorist group om October 2012.

On Saturday, the Syrian Foreign Ministry said that the military operation will continue in rebel-held areas in the countryside of Aleppo and Idlib provinces in northern Syria.

It added that the Syrian military campaign is “precise and studied” and comes to respond to the calls of the civilians who are being struck by the rebels in Aleppo and Idlib.

It said the al-Qaida-linked al-Nusra Front is still preventing civilians from leaving through the three humanitarian corridors set up by the Russian and Syrian forces in Aleppo and Idlib recently.