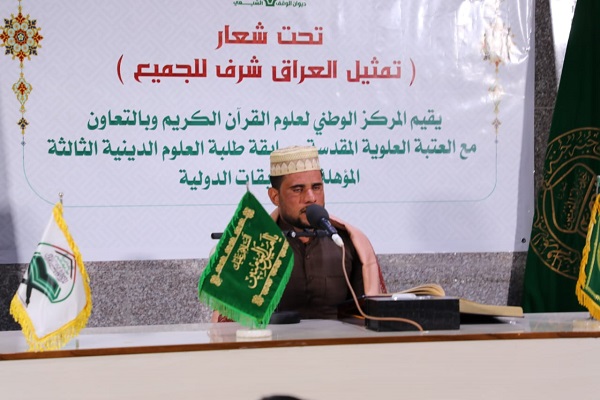 The National Center of Quranic Sciences affiliated to the Iraqi Shia Awqaf (endowments) Office in the holy city of Najaf organized the competition in cooperation with the Holy Quran Center of the Astan (custodianship) of Imam Ali’s (AS) holy shrine.

The competition concluded on January 26 and the winners were announced by Ali Al-Sattar Al-Khafaji, head of the competition’s panel of judges.