General
News ID: 3470582
TEHRAN (IQNA) – The final stage of a Quran competition for students of religious schools in Kargil district of Kashmir was held by the Imam Khomeini (RA) Memorial Trust. 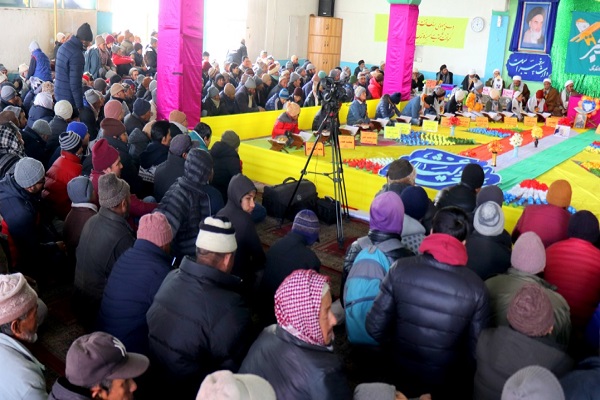 The Quranic event was organized on the occasion of the Ten Day Fajr (Dawn) event and concurrent with the 40th day after the martyrdom of General Qassem Soleimani, commander of the IRGC Quds Force.

Fifty-six students competed in two groups of girls and boys and three winners in each group were awarded.

The Imam Khomeini (RA) Memorial Trust in Kargil, which is affiliated to the Iranian Cultural Center in India, holds different programs for the 10 days every year, including Quranic, cultural and religious activities.