General
News ID: 3470602
TEHRAN (IQNA) – An Israeli court on Monday sentenced the head of the outlawed northern branch of the Islamic Movement, Sheikh Raed Salah, to 28 months in prison for "inciting to terror" in a series of speeches he made after a Palestinian attack in July 2017 killed two Israeli policemen at the Al-Aqsa Mosque compound in occupied East Jerusalem al-Quds. 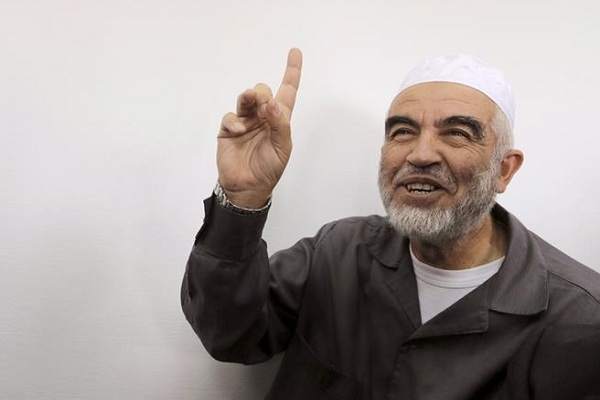 Salah has denounced the charges against him as false and said following his sentencing that all the proceedings in the case were "far from the truth."

Israeli judge Shlomo Banjo said in his verdict statement that Salah is "dangerous".

"In light of Sheikh Raed Salah's previous violations and his clear ideological motives, his activities have worsened with time," Banjo said. "Today, as in the past, he uses troubling speech to incite terrorism."

Salah's defense team issued a statement declaring that "since 2017, restrictions have been imposed on the Sheikh by preventing him from communicating with the public and the media because the occupation is fully aware that every word that comes out of it has significant implications and impact."

The summer of 2017 saw a spontaneous Palestinian uprising involving two weeks of civil disobedience and protests to pressure Israel to remove restrictive measures, including cameras and metal detectors, at the entrances to the Al-Aqsa Mosque compound, which had been installed following the attack on the Israeli policeman at the holy site.

Salah has had repeated run-ins with Israeli authorities. In August 2017, he was arrested at his home in the city of Umm Al Fahm before being convicted on charges of "inciting violence", which he denied.

Since 2015, Israel has prohibited Salah from travelling abroad for reasons ostensibly related to "national security".

The Islamic Movement in Israel, which Salah founded in 1971, has an estimated 20,000 members and has been outlawed by the Israeli authorities since 2015.

It has broad support among Palestinians and has also gained popularity by running a network of charities, kindergartens, health clinics and social services - a model that has been established elsewhere in the Middle East and beyond by the Muslim Brotherhood group, which has been banned in several Arab countries.

Members of Israel's Palestinian minority, who make up about 20 percent of the population, have citizenship but face widespread discrimination in terms of housing, social services and employment opportunities.