General
News ID: 3470902
TEHRAN (IQNA) – The Astan (custodianship) of Imam Hussein (AS) holy shrine denounced the US strikes targeting an under construction airport in Karbala. 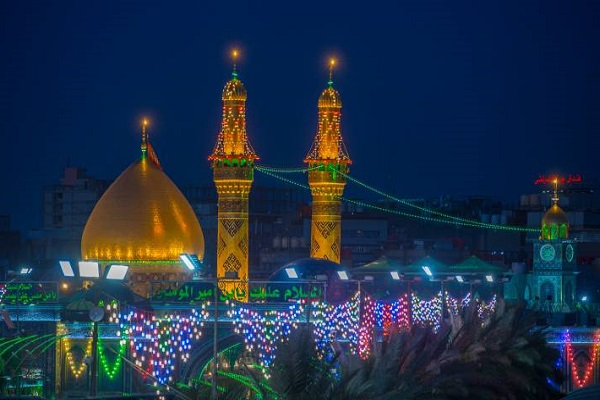 In a statement released on Friday, the Astan noted that the attack led to the martyrdom of a worker and injury of a number of others, al-Suamaria News reported.

It said the airport is a merely civilian site that the Astan is building in cooperation with a number of Iraqi construction companies and that all of those involved in the work are civilians.

Earlier in the day, the Iraqi Foreign Ministry summoned the US and British ambassadors to Baghdad over a string of airstrikes carried out by the United States against multiple locations of the PMU, better known by the Arabic name Hashd al-Shaabi.

“Foreign Minister Mohamed Ali al-Hakim held an emergency meeting in which the ministry’s undersecretaries, advisors, and official spokesman discussed the measures regarding the recent American aggression,” the ministry’s spokesman Ahmed al-Sahaf said in a statement published on the official Twitter page of the ministry on Friday.

He added the foreign minister “ordered the summoning of the United States and British ambassadors to Baghdad (Matthew H. Tueller and Stephen Hickey respectively).”

President Barham Salih also censured the US airstrikes in Iraq, which killed at least one civilian and five security personnel early on Friday.

“The Presidency of the Republic (of Iraq) condemns the foreign bombardment that targeted several locations inside Iraq, including Karbala airport which is under construction, and led to the martyrdom and wounding of members of the Iraqi security forces and civilians,” Salih said in a statement published on the official Twitter page of the presidency.