General
News ID: 3470958
TEHRAN (IQNA) – The Palestinian Authority (PA) warned the Tel Aviv regime against approving bills that seek to annex most of the occupied West Bank, including the Jordan Valley, and pave the way for death penalties for Palestinian prisoners. 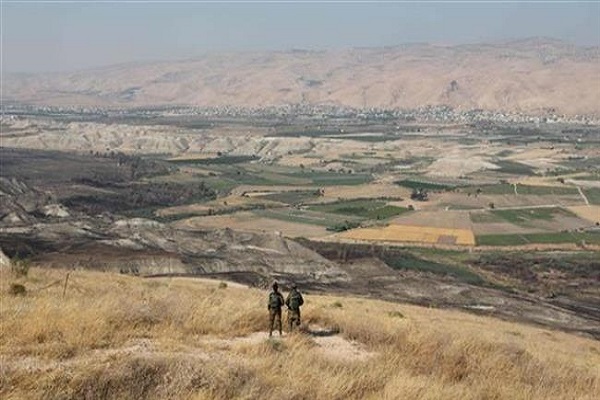 In a statement on Wednesday, the PA’s Foreign Ministry strongly denounced the Israeli bill that would permanently annex the Jordan Valley, the northern Dead Sea and the Hebron (al-Khalil) desert in the occupied West Bank to Israel, Qatar's al-Sharq paper reported.

Another bill also authorizes issuing death penalties for the Palestinian prisoners accused of carrying out anti-Israeli operations, it added.

The statement said although the submission of this hostile plan comes at a time of internal party strife in the occupied territories, it is a direct fulfillment of the promises of Israeli Prime Minister Benjamin Netanyahu and other Israeli officials.

The statement further called on the international community to help block this anti-Palestine plan.

It further said that the move would undermine efforts to end the Palestinian-Israeli conflict and would be a final death to the peace process.

The bills were submitted to the Israeli Knesset (parliament) on Wednesday by the right-wing Israeli lawmaker Miki Zohar, who heads the Likud party in the Knesset.

In September 2019, right before the last elections, Netanyahu vowed that if re-elected, he planned to annex additional “vital” parts of the West Bank beyond the Jordan Valley and the major settlement blocs, and do so in coordination with the United States.

The cabinet agreed to turn the wildcat settlement of Mevoot Yericho in the Jordan Valley into an official settlement.

Shortly afterwards, however, the Israeli prime minister said that he had been told by Attorney General Avichai Mandelblit that a transition government could not make such a move so close to an election.

The Jordan Valley is a fertile strip of land that accounts for roughly one quarter of the West Bank. Approximately 70,000 Palestinians and some 9,500 Israeli settlers currently live in the Jordan Valley.