Pray at Home in Ramadan: Saudi Council of Senior Scholars 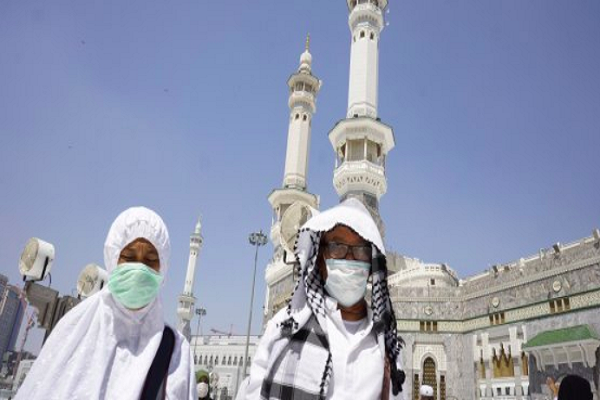 The holy fasting month of Ramadan begins later this week. During the month, believers usually break their fast with families and friends and perform an evening prayer, known as Taraweeh, in large gatherings at mosques.

“Muslims shall avoid gatherings, because they are the main cause of the spread of infection...and shall remember that preserving the lives of people is a great act that brings them closer to God,” it said in a statement, Reuters reported.

The kingdom’s Grand Mufti Sheikh Abdulaziz Al al-Sheikh on Friday expressed the same sentiment, saying that Muslim prayers during Ramadan and for the subsequent Eid al-Fitr feast should be performed at home if the coronavirus outbreak continues.

Saudi Arabia has reported 8,274 cases of COVID-19, the respiratory disease caused by the new coronavirus, and 92 deaths so far, the highest among the six Persian Gulf Arab states where the total has reached 24,374 with 156 deaths.

The Saudi government in mid-March stopped people performing their five daily prayers and the weekly Friday prayer inside mosques as part of efforts to limit the spread of the coronavirus.

Last week, the Prophet’s Mosque in the holy city of Medina said it was banning events that dispense evening meals in the mosque to those in need during Ramadan to break their daily fast.

0
LIKE
Error Report
Related News
Suspension of Prayers at Masjid al-Haram, Prophet’s Mosque Extended
OIC Extraordinary Meeting on Coronavirus Slated for Wednesday
How to Make the Most Out of a Socially-Isolated Ramadan
Ramadan Will Be Different This Year
Speakers from Around World to Address Birmingham Mosque’s Online Seminar
Praying Online during Coronavirus Pandemic
Tags: Ramadan ، mosques ، prayer ، Saudi ، coronavirus
Your Comment