New Jersey Mosques to Preach against Racism, Police Brutality in US

General
News ID: 3471598
TEHRAN (IQNA) – More than two dozen mosques across New Jersey plan to dedicate their sermons on Friday — their main day of prayer — to speaking out against racism and police brutality, a coalition of groups said. 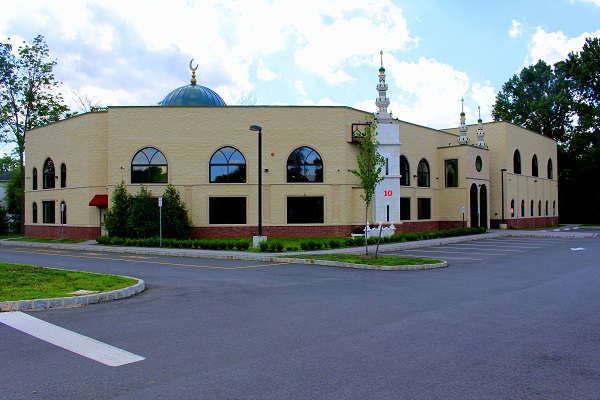 Friday's "Day of Outrage" is part of a larger effort from Muslim organizations and houses of worship to express solidarity with black Americans after the death of George Floyd, organizers said. The 46-year-old black man died in Minneapolis after Derek Chauvin, a white 44-year-old police officer, pressed his knee to Floyd's neck for almost nine minutes while Floyd was handcuffed face down in the street.

“We want to encourage Muslim leaders to act not only externally and issue statements against police brutality and racism, but also to commit to becoming better leaders of the Muslim community," said Selaedin Maksut, executive director of the New Jersey chapter of the Council on American-Islamic Relations. "We are asking them to fight racism in their own circles."

More than 60 groups — about half of them mosques — signed a June 3 letter agreeing to offer ongoing education, promote equal representation in leadership, offer spaces and resources to promote black voices and shut down racist rhetoric.

They also committed to sign petitions, join protests and call and write elected officials and law enforcement to demand change. The letter also called for building relationships with black organizations and leaders and lobbying for equal rights.

"We stand in love and solidarity with every black person who has experienced an altercation with police that occurred because of a system and culture entrenched in anti-Blackness,” the letter stated.

“We stand in love and solidarity with every Black person who was ever excluded, ignored, or made to feel unequal within our Muslim organizations, masjids, Islamic schools, or businesses,” it continued. ("Masjid" is the Arabic word for "mosque.")

The sermons will be livestreamed because of continuing restrictions on gatherings related to the coronavirus.

For many, it's personal; New Jersey's Muslim communities include a number of mosques with predominantly black congregations who deal with dual biases of being both black and Muslim.

About 2% of black Americans are Muslim, including descendants of African Muslim slaves and converts to the faith. They make up about 20% of the country’s Muslim population, according to a 2017 Pew Research Center survey.

The Council of Imams in New Jersey, which includes many black Muslim leaders, also issued a statement calling for an end to racism.

"Protests have their place, but we must move from protest to progress," wrote Imam Wahy-ud Deen Shareef, convener of the council and spiritual leader of the Waarith-Ud Deen mosque in Irvington. "Societies are ever-changing and like human beings. They can ascend to higher levels of humanity or descend into states of being lower than animals. Which path will Americans choose to take?"

Michigan Cemetery Shutting Out Muslims from Graves They Already Purchased