General
News ID: 3471932
TEHRAN (IQNA) – Hundreds of Islamic Movement in Nigeria (IMN) members held a rally in the African country’s capital of Abuja to demand the release of the leader of the movement, Sheikh Ibrahim al-Zakzaky. 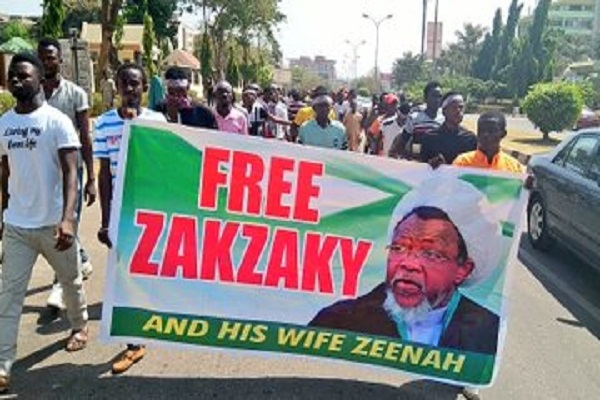 The demonstration was organized on Tuesday to condemn the continued detention of the prominent cleric.

He has been in detention since December 2015 after his residence in the city of Zaria was raided by Nigeria’s forces.

During the brutal arrest, three of his sons were also killed, his wife sustained serious wounds, and more than 300 of his followers were killed.

Zakzaky was charged in April 2018 with murder, culpable homicide, unlawful assembly, disruption of public peace, and other accusations. He has pleaded not guilty, vehemently rejecting all accusations brought up against him.