Insulting Quran An Insult to All Prophets

General
News ID: 3472523
TEHRAN (IQNA) – If Christians and Jews know that the best descriptions of their prophets are given in the Quran, not once or twice, but repeatedly, they would look at the Quran differently. 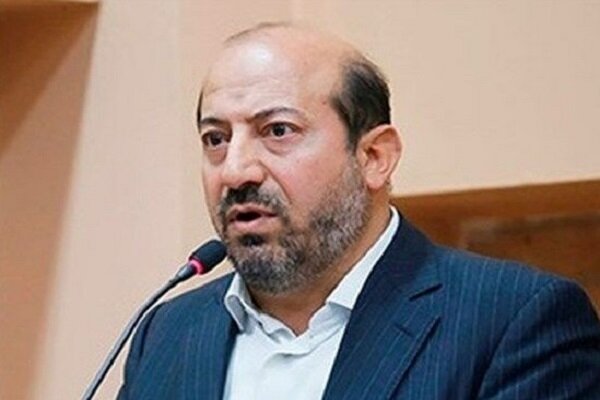 In the Name of God, the Most Beneficent, the Most Merciful

“They desire to put out the light of God with their mouths, but God is intent on perfecting His light though the faithless should be averse” [The Holy Quran 9:32]

Unfortunately, we have once again witnessed abusive behavior towards the Holy Quran and the Holy Prophet Muhammad (PBUH) in some seemingly-civilized European countries, such as the recent burning of the Quran in Sweden and the publication of insulting cartoons of the Prophet in a French magazine (Charlie Hebdo) which wounded the hearts of all monotheists and believers in the school of the prophets, while such ignorant behavior is not at all worthy of a civilized and modern society.

The point here, in addition to conspiracies and the creation of enmity among the followers of various religions, may also be the issue of ignorance of the Quran, and how the followers of monotheistic religions have remained silent in the face of this ignorant act and do not demonstrate an appropriate condemnation!

If Christians and Jews know that the best descriptions of their prophets are given in the Quran, not once or twice, but repeatedly, they would look at the Quran differently.

It is interesting to know that in the Holy Quran, the names of 26 prophets are mentioned, the most mentioned of whom is Prophet Musa [Moses] (AS), whose name is mentioned 136 times in 36 chapters of the Quran and is referred to in a total of 420 verses.

Also, the blessed name of Issa [Jesus Christ] (AS) is mentioned 25 times as Issa [Jesus] and 13 times as Masih [Messiah] and the story of Mary and the birth of Jesus (AS) and all the circumstances which befell them are also mentioned in many verses of the Quran with the best descriptions. There is even a chapter in the Quran which contains 98 verses and is named after Mary [Surah Maryam], which contains the profile of this pure lady, the birth of Jesus (AS) and his speaking while in the cradle is a miracle of God:

This, and other statements regarding the Prophet Jesus Christ (AS) are beautifully mentioned in the Quran and all these descriptions of the Prophet Moses and Jesus (AS) in the Quran are excellent and enlightening and many of them have been honored and glorified. However, such descriptions do not exist in the Old Testament or the New Testament because they have been distorted and sometimes they even introduce the prophets as sinners, and while, the Holy Quran considers all of the prophets as infallible, especially the Ul al-’Azm (Arch-Prophets), namely, Nuḥ [Noah], Ibrahim [Abraham], Moses, Jesus and Muhammad (PBUH), spoke specifically about their personality and prestige.

The summary of a large part of the Holy Quran is, in fact, the profile of the prophet and therefore how beautifully Rumi sings in his Masnavi:

“When you have fled (for refuge) to the Quran of God, you have mingled with the spirit of the prophets. The Quran is (a description of) the states of the prophets, (who are) the fishes of the holy sea of (Divine) Majesty. And if you read and do not accept (take to heart) the Quran, suppose you have seen the prophets and saints (what will that avail you?)”

The Holy Quran is in essence, a book of monotheism and knowledge of God, which is expressed in the form of the invitation of the prophets, and of course, the belief in ma’ad (resurrection) and the Day of Resurrection, which are among of the teachings of the prophets, is an important part of the verses of the Quran, about 500 verses of the Quran are related to ahkam al-sharr’ah (religious precepts) and acts of worship and the rest is ethics. Of course, the struggle of the prophets against the arrogant rulers, establishing justice and encouraging the believers to engage in jihad in the way of God and martyrdom are also among of the teachings of the prophets, fighting the oppressors, spreading justice, protecting human rights and not engaging in acts of aggression and oppression are also among the emphatic instructions of the Holy Quran.

If one wants to know the prophets correctly, to know Jesus, to know Moses, to know the Holy Prophet Muhammad (PBUH) and the pure Imams (AS), one must refer to the Quran. The Quran is a divine message and was revealed for the guidance of human beings, and it leads man to the source of light and frees him from oppression and darkness, which he said:

“God is the guardian of the faithful: He brings them out of darkness into light. As for the faithless, their guardians are the fake deities, who drive them out of light into darkness. They shall be the inmates of the Fire, and they will remain in it [forever]” [The Holy Quran 2:257]

Now see how insulting this Quran, which is completely light, a source of guidance, a case study and the message of the prophets, is to oppress humanity and such individuals who insult the Quran are evil-doers who want human beings to continue to live in oppression and darkness so that they can continue their oppressive rule but they are unaware that the divine will is ultimately the rule of the righteous on earth and this has been brought not only in the Quran but also in the Torah and the Psalms:

“Certainly, We wrote in the Psalms, after the Torah: ‘Indeed My righteous servants shall inherit the earth’” [The Holy Quran 21:105]

The Servant of the Holy Quran, Mortaza Najafi-Qodsi