General
News ID: 3472583
TEHRAN (IQNA) – More than 140 Bahraini scholars in a statement underlined their opposition to the Manama regime’s normalization deal with Israel. 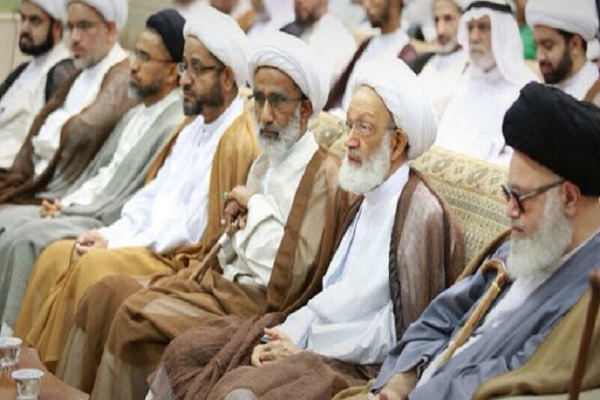 The scholars stressed that the Islamic and Arab Ummah is against any concessions to the occupying regime of Israel at any level, the media office of Bahrain Islamic Movement reported.

They also reiterated their solidarity with the oppressed Palestinian nation and described it as a religious duty to help the Palestinians regain their rights and land.

Jerusalem al-Quds is Islamic land even an iota of which cannot be allowed to be Judaized, they said.

On Tuesday, US President Donald Trump hosted a ceremony at the White House to sign agreements aiming to formalize ties between the UAE, Bahrain and the occupying regime of Israel.

The deals were signed between Emirati and Bahraini Foreign Ministers, Sheikh Abdullah bin Zayed Al Nahyan and Abdullatif bin Rashid Al Zayani, and Israel’s prime minister Benjamin Netanyahu, with the US president also inking his blessing to the controversial accords.

Abu Dhabi and Manama signed the US-brokered deals after going back on their long-held assertions that they would normalize ties with the occupying regime only after Palestinians’ grievances were addressed and an independent Palestinian state was established with the holy city of Jerusalem al-Quds as its capital.