General
News ID: 3472933
TEHRAN (IQNA) – The Astan (custodianship) of the holy shrine of Imam Hassan Askari (AS) holy shrine (Askariyya Shrine) handed out votive food among pilgrims on the martyrdom anniversary of the 11th Imam. 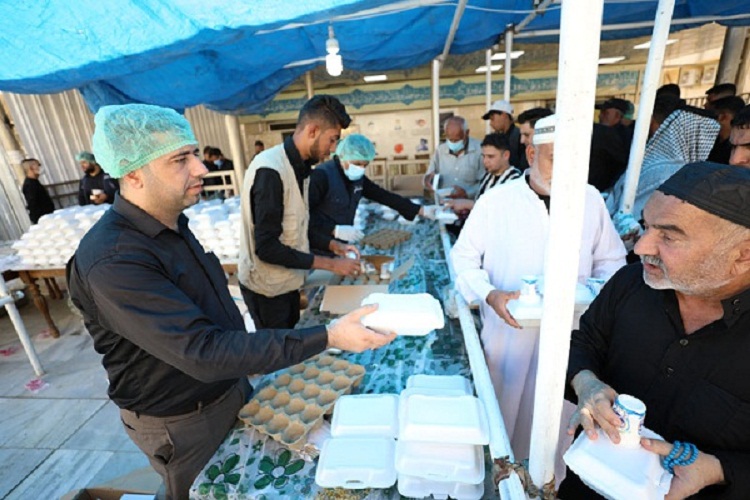 A large number of pilgrims have been visiting the holy shrine on Imam Hassan Askari (AS) martyrdom anniversary which is marked in Iraq on Monday.

The Astan has been distributing 350,000 meals among the pilgrims, Sayyed Mustafa al-Husseini, an official with the Astan said, askarian.iq website reported.

He said Moukebs set up by the Astans of other holy shrines in Iraq have contributed to the plan.

Al-Husseini added that health and medical services are also provided to the pilgrims.

Askariyya Shrine or the Al-Askari Mosque is a Shia Muslim mosque and mausoleum in the Iraqi city of Samarra 125 km from Baghdad. It is the resting place of Imam Hadi (AS) and Imam Askari (AS). 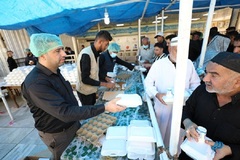 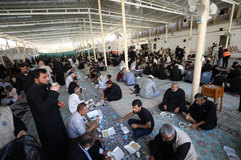 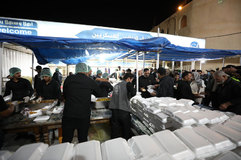 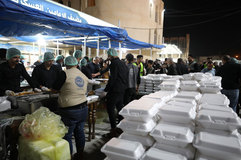 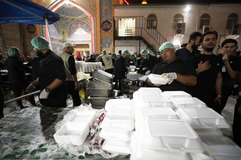 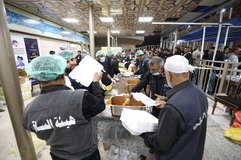 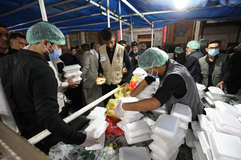 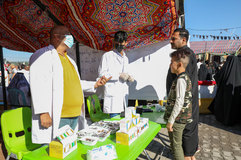 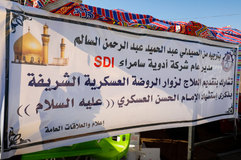 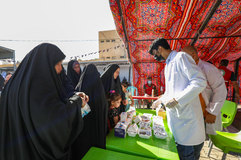 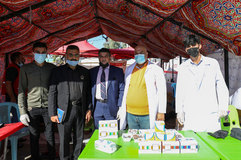