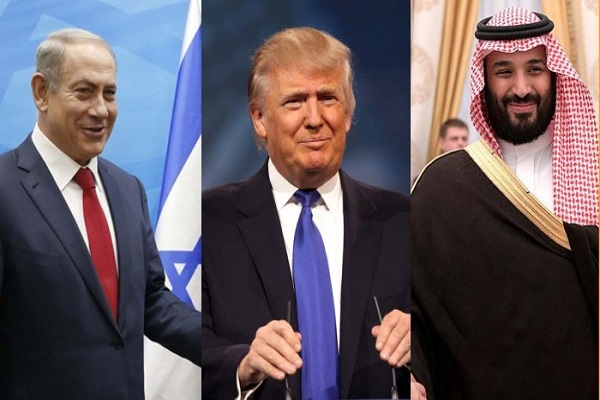 Prince Faisal bin Farhan Al Saud, the Saudi Minister of Foreign Affairs, said on Saturday that Riyadh supports full normalization with Israel, but first, a permanent and complete peace agreement should be approved that guarantees the Palestinians their state with dignity.

He made the remarks in a virtual interview on the sidelines of the G20 Leaders Summit hosted by the kingdom this year.

In the past few months, Israel has signed US-brokered normalization deals with the UAE, Bahrain, and Sudan, and some other countries in the Arab world are also expected to follow suit.

The normalization deals, however, have drawn widespread condemnation from Palestinians, who seek an independent state in the occupied West Bank and Gaza Strip, with East Jerusalem al-Quds as its capital. They say the deals ignore their rights and do not serve the Palestinian cause, calling out the UAE, Bahrain, and Sudan for betraying their cause.

Until this year, Israel had only current formal relations with just two Arab states - its neighbors Egypt and Jordan - established under peace deals reached decades ago.

Yossi Cohen, the director of the Israeli spy agency Mossad, had said last month he believes Saudi Arabia will normalize relations with Israel, but will do so after the US election, to capitalize fully on such a move with the next president.

“We hope Saudi Arabia will consider normalizing its relationships as well, and we want to thank them for the assistance they’ve had in the success of the Abraham Accords so far,” Pompeo said.

He further suggested that the move would diminish Iran's influence in the region, Press TV reported.

“They reflect a changing dynamic in the region, in which countries rightly recognize the need for regional cooperation to counter Iranian influence and generate prosperity,” Pompeo claimed.

Dissident Saudi academic Madawi al-Rasheed dismissed as unfounded recent allegations by American-Israeli millionaire, Haim Saban, that the reluctance of the kingdom’s de facto ruler to take a step forward to recognize the Tel Aviv regime was due to his fear of reactions from Iran, Qatar or "his own people."

She highlighted that none of those three constituencies are contemplating an assassination, and that the Saudi crown prince’s nightmare is to get killed by his royal rivals as his ambitious scenario is to rule as a king.

Rasheed underlined that MbS will not rush into publicizing his relations with the Israeli regime if he can keep them secret, and he and his father, King Salman, will continue to make noises about respecting the so-called defunct Arab Peace Initiative – which calls for Israel’s complete withdrawal from the Palestinian territories occupied after 1967 in exchange for peace and the full normalization of relations.