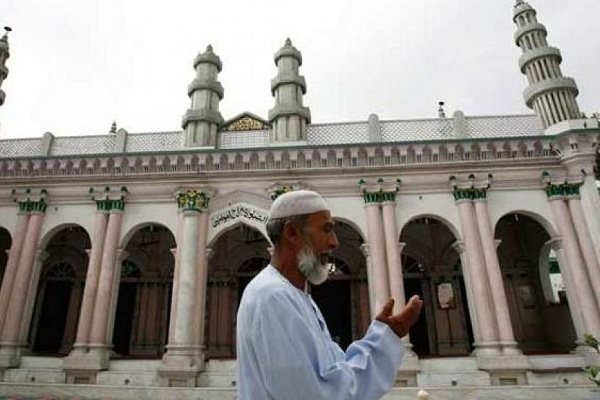 He said so in course of inspecting the Pancha Kashmiri Takiya Masjid at local Ghantaghar Saturday.

On the occasion, the Minister for Culture opined that it is the government's responsibility to protect and promote every religion and culture.

Stating that the government has allocated budget for the mosque, he said it was the government's job to conserve and protect the 500 years old Pancha Kashmiri Takiya that is intricately related to history.

President of the Muslim Commission Samim Miya Ansari said the Muslim community was elated with the government allocating money for its uplift and support.

Director General at the Department of Archaeology, Damodar Gautam shared on the occasion that the Pancha Kashmiri Takiya Mosque built in the 15th century is one of the oldest mosques in Nepal.

He added that the Muslims from Kashmir entered Nepal in connection with trade during the time of the then king Ratna Malla and the mosque came into existence from the time of another king Pratap Malla.

Chair of Kashmiri Mosque, Mohammad Fazil said they have not accepted any assistance since the inception of the mosque and this was the first time after the Malla period that they were accepting the government's support.

The financial support provided by the government will be used for reconstruction, painting and construction of a traditional gate at the mosque.