General
News ID: 3474107
TEHRAN (IQNA) – The Islamic Labor Front, a gathering of several Islamic parties and personalities in Lebanon, condemned the US strikes on positions of resistance front fighters in eastern Syria. 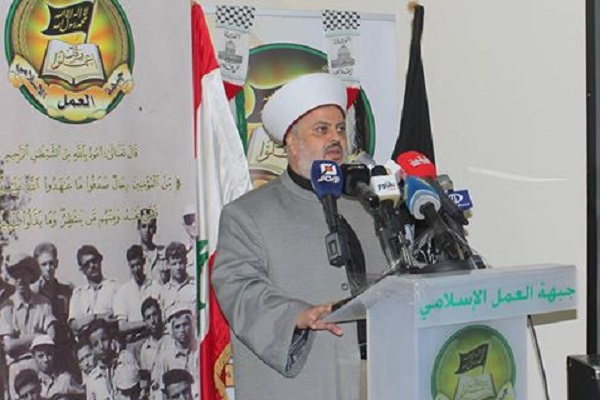 Head of the bloc Sheikh Zuhayr Juaid said the attack was a stark violation of the Arab country’s sovereignty, Lebanon News reported.

He added that it was in continuation of the foreign-backed terrorist war waged on Syria since 2011.

This attack is an indication of the US-Zionist support for the crimes of terrorists and is in line with attempts to undermine Syria’s sovereignty, Sheikh Juaid stated.

He underlined that the Syrian nation will not succumb to plots and conspiracies of the enemies and that such attacks will only strengthen the nation's resolve to continue resistance until victory.

On Firday, US warplanes conducted airstrikes on areas in Syria’s eastern province of Deir Ez-Zur near the Syrian-Iraqi borders, the first of its kind under new American President Joe Biden.