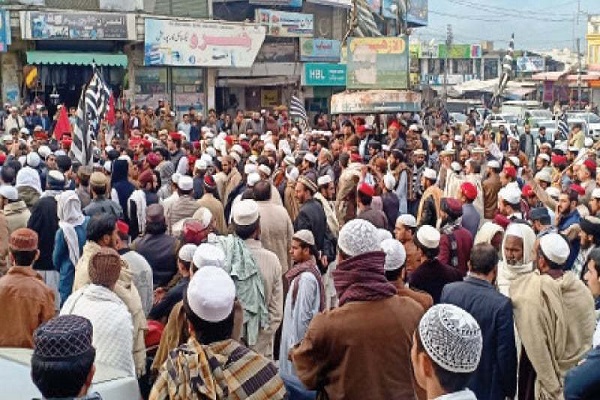 To probe into the matter of desecration of the Holy Quran by a district jail inmate, a 12-member negotiation committee visited the prison. During the visit, the police officials handed over a copy of the first information report of the sad incident to the committee.

On the fourth consecutive day of the protest, the district administration still deployed reconnaissance vehicles and a large number of police contingent at the sensitive places of the city to tackle any untoward situation.

The district administration and police controlled the situation when hundreds of protesters marched towards the district jail after shuttering down the bazaars and blocking different roads, including the busy Karakoram Highway on Saturday as the news of the desecration spread in the city.

With cooperation of the district administration, the district jail officials also shifted the accused to central jail Haripur under strict security while a heavy contingent of police deployed in and outside the district jail Abbottabad soon after the incident.