General
News ID: 3474198
TEHRAN (IQNA) – After his visit to Iraq that concluded on Monday, Pope Francis said his next trip will be to Lebanon. 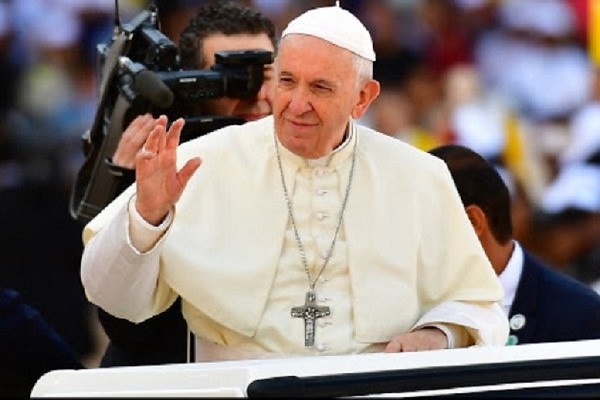 Francis wrapped up his historic three-day tour of Iraq on Monday, during which he met the country’s highest Shia authority Ayatollah Seyed Ali al-Sistani and visited Ur, the birthplace of Prophet Abraham (Ibrahim) and Mosul, a city still reeling from Daesh terrorist group’s occupation.

The 83-year-old last year signaled his intention to visit Lebanon and South Sudan, and confirmed to reporters on his flight back to Rome that Beirut is his next destination.

Francis said Bechara Boutros Rai, Lebanese patriarch of the Maronite Church and a cardinal, asked him to stop by Lebanon on his return from Iraq.

“But it seemed like a bit of a crumb... A crumb before the problems of a country that is suffering like Lebanon,” he said, according to Vatican News.

Pope also referred to the Document on Human Fraternity for World Peace and Living Together, which he and the Sheikh of Egypt’s Al-Azhar signed two years ago during a trip to the UAE and said it was a step forward on the path of brotherhood among followers of different faiths.