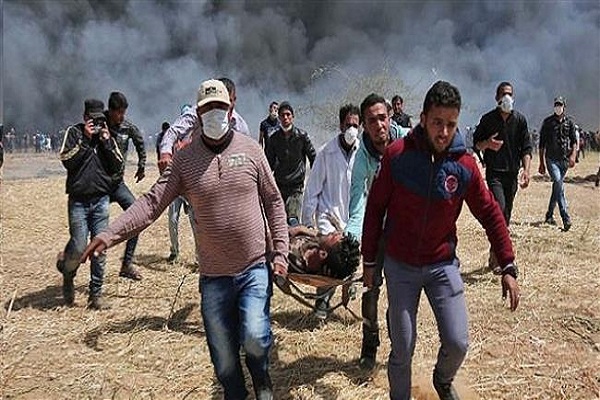 The annual event pays tribute to the tens of thousands of Palestinians who got injured during Israeli wars and aggressions.

During the 2014 war on Gaza, Israeli forces killed over 2,200 Gazans, including women and children, with more than 11,000 people wounded. Thousands of injured Palestinians suffered from permanent disabilities during Israeli wars.

Israeli forces have injured some thirty thousand peaceful Palestinian protesters since March 30, 2018 who were taking part in the Great March of Return rallies. Wounded Palestinians say that Tel-Aviv’s crimes will continue to go unpunished as long as it enjoys protection from Western countries.

Thousands of people in the Gaza Strip suffered from different disabilities in recent years due to Israel’s use of internationally banned weapons during Israeli wars and frequent military operations.

Israel’s callous disregard for human life continues to inflict pain and suffering on Palestinians. Israeli forces have killed and maimed thousands of Palestinians in the Gaza Strip, including women and children, since 2008 amid what observers describe as an international conspiracy of silence.