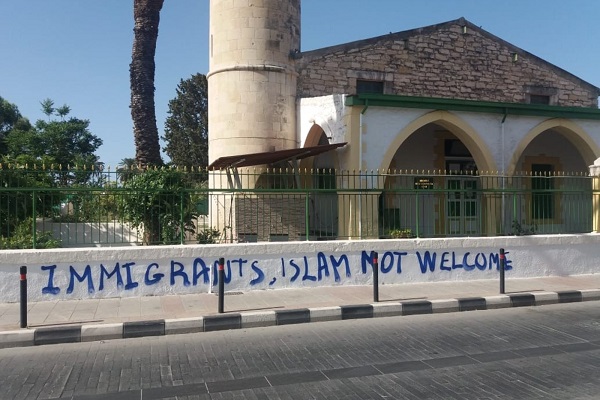 As Greece observed its 200th anniversary of national independence on Thursday, a far-right Greek group attacked a mosque in the Greek Cyprus city of Limassol. The attackers drew a cross and wrote "death to all Turks" on the mosque’s walls.

The assailants carried banners which carried the date 1821, the year when Greece became independent and the rule of the former Ottoman Empire officially ended in the country.

The Turkish government condemned the attack, describing it as a provocation at a time "when efforts to find a solution to the Cyprus issue have intensified", TRT World reported.

The incident in Limassol is not the first attack on mosques on Cyprus soil.

In 2013, the historical mosque in the Denya region of Southern Cyprus was set on fire. It took a year for the mosque's restoration work to be completed.

However, the same mosque was set on fire again in 2016 by unidentified persons.