General
News ID: 3474326
TEHRAN (IQNA) – Two new translations of the Quran were published by the King Fahd Complex for the Printing of the Holy Quran. 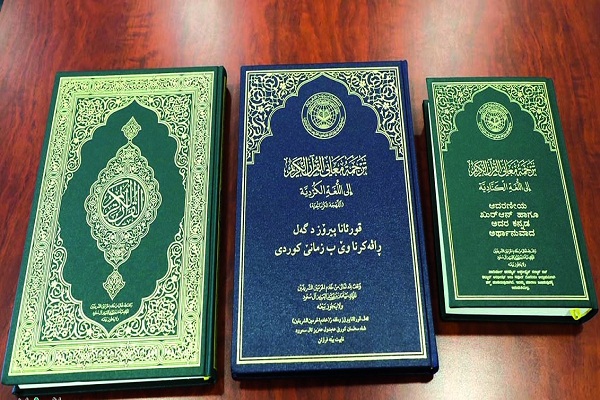 They include a rendering of the Holy Book into Kurmanji Kurdish, according to al-Riyadh website.

Kurmanji, or Northern Kurdish, is the northern dialect of the Kurdish languages, spoken predominantly in southeast Turkey, northwest and northeast Iran, northern Iraq, northern Syria and the Caucasus.

It has some 20 million speakers in those regions.

The other translation of the Quran published by the printing plant is in Kannada Language.

Kannada is one of the classical languages of India and the most widely spoken and official language of the southwestern state of Karnataka.

Some 50 million people in Karnataka and other parts of India speak the language.

King Fahd Complex for the Printing of the Holy Quran is a printing plant located in Medina, Saudi Arabia that publishes the Quran in Arabic and other languages.