General
News ID: 3474367
TEHRAN (IQNA) – The daughter of a Muslim man who was murdered by a white supremacist as he walked home from evening prayers at a Birmingham mosque is launching a campaign calling for the UK government to adopt an official definition of Islamophobia. 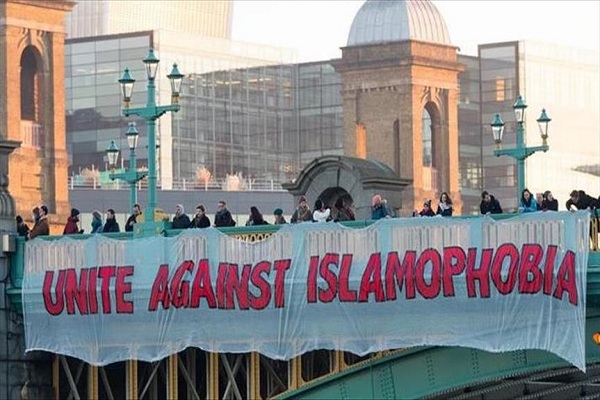 Mohammed Saleem, 82, was murdered in April 2013 by Pavlo Lapshyn, who later planted three bombs outside mosques in Walsall, Wolverhampton and Tipton.

She is urging people to post short videos and testimonies on social media throughout the month of April speaking out against Islamophobia.

Lapshyn was convicted at the Old Bailey in October 2013 of Saleem’s murder, of causing an explosion with intent to endanger life and of engaging in conduct in preparation of terrorist acts, and was sentenced to a minimum term of 40 years.

Lapshyn killed Saleem just five days after arriving in the UK from Ukraine as a qualified engineer on a 12-month work placement at a company in the Small Heath area of Birmingham.

In his sentencing remarks at the Old Bailey, Mr Justice Sweeney told Lapshyn: “You clearly held extreme rightwing, white supremacist views.” He added about Saleem’s murder: “The offence was committed in the course of a series of acts of terrorism.” Maz Saleem has said she wants her father’s murder itself to be recognized as an act of terror.

The all-party parliamentary group on British Muslims produced a report in 2018 proposing a working definition of Islamophobia/anti-Muslim hatred in 2018 and recommended that this definition be adopted. “Islamophobia is rooted in racism and is a type of racism that targets expressions of Muslimness and perceived Muslimness,” it said.

Maz Saleem said of her father’s murder: “This was one of the biggest acts of terrorism on UK soil. Yet to this day most people have no idea about this case. Whenever terror-related headlines reach our screens they are often about those who identify with the Muslim faith; rarely do we hear of the merciless violence of white supremacists who took my father’s life.”

Mohammed Saleem, who had seven children and 23 grandchildren, was described as having been a highly respected member of the community. “An important start would be for the official, legal recognition of Islamophobia to finally be adopted by our government. Ignoring Islamophobia as a category is disrespectful to all these brutal killings of Muslims, it weakens the justice for family members left mourning,” his daughter said.

“For my family the suffering is made worse with inaccurate descriptions of my father’s murder, and each time we are dismissed over incorrect information it undermines my father’s death further.”

A spokesperson for the Muslim Council of Britain said: “Islamophobia has been defined by the all-party parliamentary group on Islamophobia and has been endorsed across civil society and by most political parties except the Conservatives. It is a glaring omission from our governing party who should be leading the fight against all forms of bigotry.

“It is perhaps unsurprising given the Conservative party’s denial when it comes to Islamophobia within its own ranks, and its apparent unwillingness to recognise the prevalence of institutional racism in the UK. There is a crisis of confidence within civil society up and down the country in this government on issues related to Muslims. We must work together towards tackling this type of racism, wherever it rears its ugly head.”