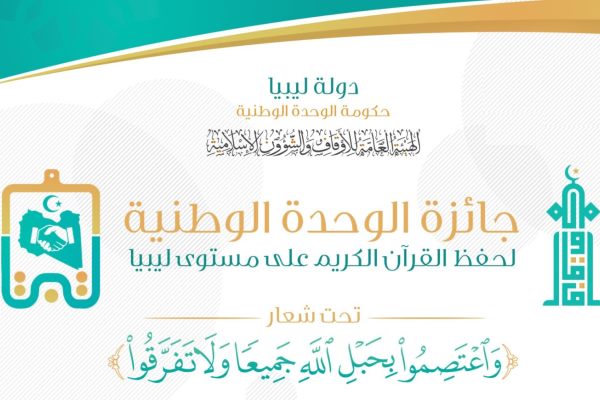 According to eanlibya.com, “National Unity Award” is the title of the Quranic event, which started from April 5.

The motto of the national competition is the verse 103 of Surah Al Imran: “Hold fast, all together, to Allah's cord, and do not be divided [into sects]”.

The Corinthia Hotel in Tripoli is hosting the competition which will conclude on April 11.

Winners of the preliminary stage of the competition, held by the provincial offices of Libya’s General Authority of Awqaf and Islamic Affairs, compete in the final stage.