General
News ID: 3474377
TEHRAN (IQNA) – The 4th edition of a Quran competition for school students is underway in Mauritania. 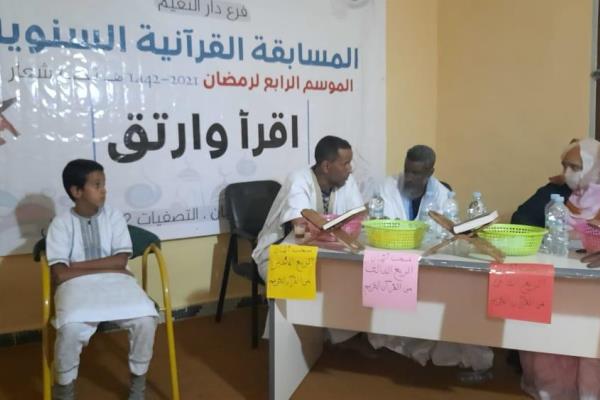 More than 250 boy and girl students are taking part in the competition, Al-Akhbar reported.

A charity society supporting children has organized the Quranic event in cooperation with the Abi Ibn Kaab Quranic Center.

A number of Quran memorizers as well as prayer leaders and preachers form the panel of judges.

The preliminary round of the competition began on Sunday and the final stage will be held in the holy month of Ramadan.