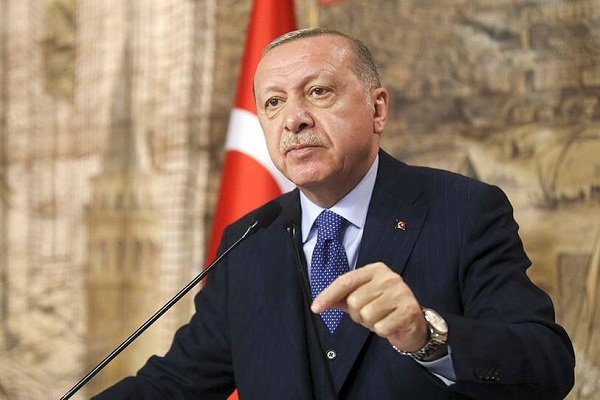 “The Constitutional Court must first learn secularism. Northern Cyprus is not France,” he said of the decision. “They should carry Turkey's habits into practice. [They] should quickly correct this mistake, otherwise our next steps will be different.”

Earlier this week, the court ruled that every course, including the Quran course, must be regulated and provided by the island's Ministry of Education rather than a religious commission.

The decision has misled many into believing that Northern Cyprus has banned Quran courses altogether. The court sources, speaking to local Cypriot Turkish media, have denied that their judgment bans Quran courses. Northern Cyprus’ Prime Minister Ersan Saner also said on Friday that Quran teachings were still being provided in the country.

"The courses will continue after we finalize the legal amendments on the issue," he said.

Erdogan, however, insisted that the decision must be overturned, and he instructed Foreign Minister Mevlut Cavusoglu to carry the message to Turkish Cypriot officials in a visit on Friday.

“We will not allow steps that could disrupt the youth’s Quranic training,” Erdogan added.

The tiny Mediterranean island has been split along ethnic lines between an internationally recognized Greek Cypriot government in the south and a breakaway northern region since the 1974 Turkish invasion. The north was occupied by Turkey in reaction to a coup that aimed to annex Cyprus to Greece.

Since unilaterally declaring independence in 1983, the Turkish Republic of Northern Cyprus, which is financially supported by Turkey, is only recognized by Ankara.

Turkey has increasingly intervened in Northern Cyprus's domestic affairs since last year’s presidential elections, which was won by close Turkey ally Ersin Tatar, who supports a two-state solution for the split island rather than a federated system.

Ankara, during the election campaign, lent support to Tatar against his rival, former president Mustafa Akinci, by repairing a water pipeline and the partial reopening of the off-limits Varosha riviera before the elections.