General
News ID: 3474698
TEHRAN (IQNA) – A memorial service is planned to be held in Tehran for those martyred in a recent terrorist attack in Kabul, Afghanistan. 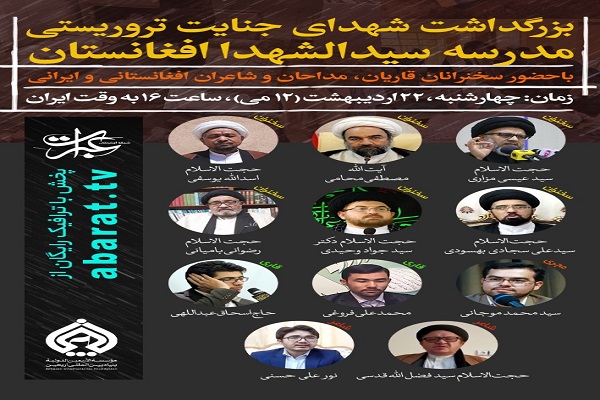 It will be organized by the Arbaeen International Foundation on Wednesday afternoon.

A number of Quran reciters, elegy reciters and poets from Iran and Afghanistan will attend the event.

The program will be broadcast online via Abarat TV’s website.

At least 85 people, mostly schoolgirls, lost their lives in explosions caused by a car bomb and mortar shells targeting a school in the Shia majority neighborhood of Dasht-e-Barchi in western Kabul on Saturday.