General
News ID: 3474917
TEHRAN (IQNA) – Algeria’s President Abdelmadjid Tebboune said his country’s stance in support of the Palestinian cause will not change with the passage of time or treason by some regimes. 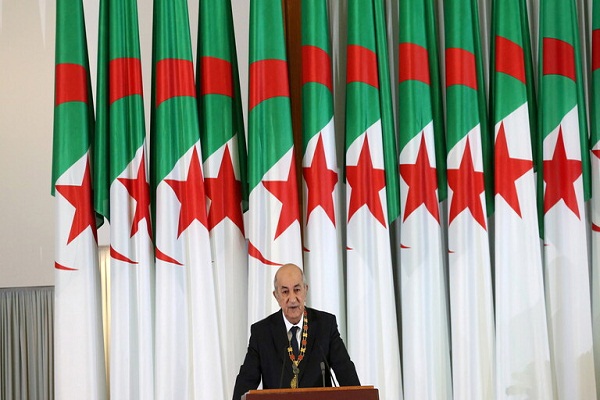 Speaking to Al Jazeera, he said there is a land for peace deal in the Arab-Israeli conflict but now there is neither peace nor return of lands to Palestinians, so no ground exists for normalization of ties with the Israeli regime.

The United Arab Emirates and Bahrain, and later Sudan and Morocco, normalized ties with the Zionist regime in 2020.

Tel Aviv has significantly stepped up its much-criticized land grab projects since deals.

The US-brokered normalization deals have been condemned by all Palestinian factions as a betrayal of their cause.