General
News ID: 3474928
TEHRAN (IQNA) – It was something the Muslim community in Winnipeg, the Canadian province of Manitoba, hoped it would never have to do again. 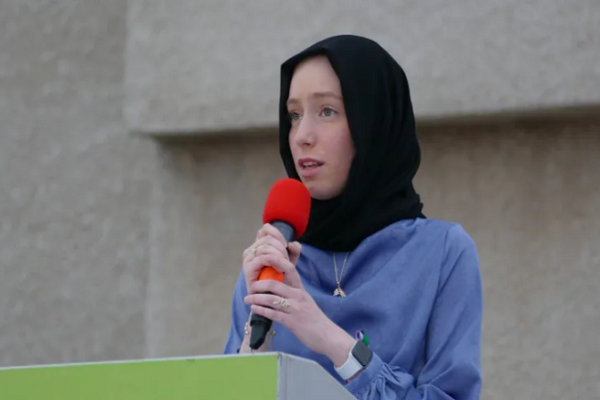 But just over four years after a deadly mass shooting at a Quebec City mosque, they gathered again to mourn and condemn lives being cut short by hate.

Hundreds turned out to a drive-up, socially distanced vigil Thursday evening at Winnipeg's Grand Mosque to grieve the recent killings of members of a London, Ont., family and also call for an end to Islamophobia.

"To think — a family going for a walk couldn't make it back home.... How many more lives will it take for the world to listen?" Leen Aljindi told those gathered.

Aljindi, 17, is a youth member of the Manitoba Islamic Association and was asked by organizers to speak.

"I've become hesitant to call myself Canadian and proud because our Canada is a place of racism," the Grade 12 student at Winnipeg's Vincent Massey Collegiate said.

Salman Afzaal, 46, his wife, Madiha Salman, 44, their daughte, Yumna Afzaal, 15, and Salman's mother, Talat Afzaal, 74, were killed Sunday in the Ontario city after being struck by a truck.

The youngest member of the family, nine-year-old Fayez, survived and remains in hospital.

A 20-year-old man faces first-degree murder and attempted murder charges. Police say he targeted the family due to their Muslim faith.

The relative youth of the suspect is "proof that racism is not a generational problem," said Aljindi. "It knows no age, face, or gender."

Speaking to CBC News near the conclusion of the vigil, Aljindi said one way people can show support is by educating themselves.

"I think the way to help, whether you're Muslim, non-Muslim, young or old, is just to be educated and be aware that these situations and problems and issues are still happening around us, no matter where we are," she said.

The attack has left Fahmeeda Fazan and her husband, Fazal ur-Rehman, fearful, the Winnipeggers said.

"We are scared to move around, right? We think that our freedom is gone," said ur-Rehman.

Shayna Plaut said it's important for people to show support by showing up — and standing up when required.

"Show up and listen and also confront bigotry, whether it's in your own community or in the larger community," the University of Winnipeg instructor, who is Jewish, said.

"My Muslim cousins — because we are cousins — I need to stand with them."