General
The link was copied
News ID: 3475883
TEHRAN (IQNA) – The Palestine Liberation Organization (PLO)’s National Center for the Defense of Land said in a report that Israel was escalating its violations against 3,000 Palestinians living in the West Bank province of Hebron (Al-Khalil) to pave way for their eventual displacement. 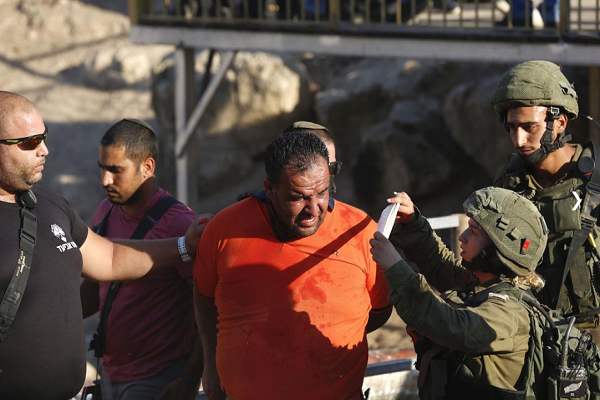 Hebron is witnessing "an escalation in attacks on citizens and their properties in an attempt to intimidate them…to eventually displace them from their lands in favor of expanding (its illegal) settlements," the Center said in a report.

“The threats of the occupation and its settlement ambitions affect the residents in an area of about 38,500 dunums where more than 3,000 citizens reside,” it added.

The PLO accused Israel of subjecting Palestinians in Hebron – especially those in Yatta district – to harsh life and depriving them of basic needs to conduct “ethnic cleansing using various means including hiring settlers to carry out this task under the protection of the occupation army."

On Saturday, Britain condemned an attack carried out by colonial Israeli settlers on Tuesday evening in which 12 Palestinian civilians were injured, including a 3-year-old boy, in the South Hebron Hills in the occupied West Bank.

The Israeli left-wing NGO Peace Now called the attack a "pogrom." According to another Israeli human rights group, Breaking the Silence, while incidents like the one on Tuesday represent one of the worst acts of settler violence in the area for years, other types of intimidation against local Palestinians, like stealing goats and sheep, polluting water cisterns, and attacking children on their way to school, are an almost daily occurrence.

Human rights groups say settlers suspected of violence against Palestinians are rarely arrested or detained, and by Friday evening up to four of the five detained in connection with Tuesday's attack had been released, according to Israeli media reports.