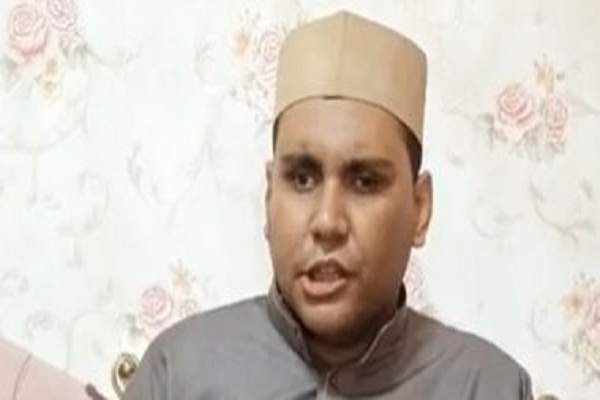 The 28-year-old is from a village near al-Zagazig, the capital of the Arab country’s Al-Sharqia Governorate.

While being blind by birth, he has a beautiful voice and is skillful in Quran recitation, according to Youm7.com website.

He began committing the Quran to memory at the age of five and learned the entire Holy Book by heart in only one year.

He then started learning recitation of the Quran at al-Taruti Center for Teaching Qaris and Ibtihal Reciters.

Mohamed learned the rules of Tajweed and Sawt (voice) there and kept improving his recitation skills.

Mohamed has a BA from Al-Azhar University’s branch in al-Zagazig and is going to continue his studies there in the field of Islamic culture and propagation.

He was once honored by Al-Azhar’s chief Imam Sheikh Ahmed el-Tayeb for being a Quran memorizer and a top student of the university.

Mohamed is also a Quran teacher and has so far taught 50 of the village’s children and teenagers to memorize the Quran.

Mohamed says he wishes to travel to other Islamic countries for reciting the Quran.