Palestinians May Run Out of Patience: Resistance Warns

General
News ID: 3476048
TEHRAN (IQNA) – Heads of Palestinian resistance groups voiced their strong support for the captives held in Israeli prisons, warning that the nation may soon run out of patience. 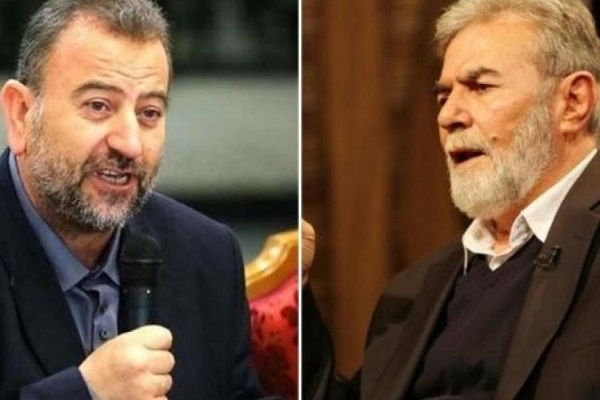 A Hamas delegation led by its deputy chief Saleh al-Arouri met and held talks on Thursday with a delegation headed by secretary General of Islamic Jihad Ziyad al-Nakhalah.

The sides discussed the latest developments including the hunger strike of Palestinian prisoners and also the arrest of Palestinians by Zionist forces, according to the press service of Islamic Jihad.

Voicing their full support for the Palestinian captives, the resistance groups noted that the captives are united to defend their rights.

The Palestinian Prisoners Club said in a statement on Wednesday that some of the Islamic Jihad captives were on a hunger strike, demanding an end to repressive measures imposed by the Israeli prison authorities following the escape of six inmates from a maximum-security jail on September 6. According to the statement, the hunger strike is part of “the struggle program” that aims to confront the Israeli prison system, which includes isolation and distribution of detainees to separate cells in order to prevent them from organizing.

The resistance groups highlighted that the Zionist regime should accept the responsibility for the consequences of following its wrong policies which has put the region on the verge of explosion.

They also appreciated the efforts of the six Palestinian heroes who had fled the Israeli jail, noting that the Palestinian nation will not lose their hope and will continue the struggle until obtaining freedom and independence.

Furthermore, they called on the Palestinian nation to ramp up resistance against the Zionist regime, vowing that any deal for prisoner swap with the regime will include the six named inmates.