General
News ID: 3476085
TEHRAN (IQNA) – The imam and preacher of Al-Aqsa Mosque called on Muslims to visit the mosque in large numbers on Tuesday to celebrate the birth anniversary of Prophet Muhammad (PBUH). 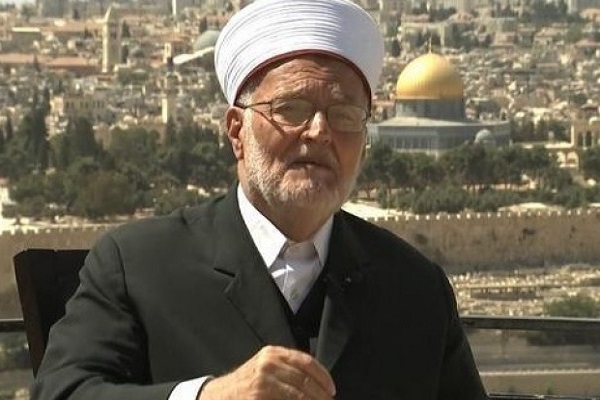 It is upon Muslims to deem the auspicious occasion as an opportunity to go to the mosque and say prayers and attend celebrations there, Sheikh Akrama Sabri said, al-Quds daily reported.

He also underlined the need for every Muslim man and woman to study the Seerah (life) of the Holy Prophet (PBUH) and try to follow the Seerah in all aspects of life.

Sheikh Sabri also called on the Muslim and Arab nations to get united in support of Al-Aqsa Mosque and make efforts to protect holy sites in Jerusalem al-Quds and elsewhere in Palestine.

Muslims must also counter onslaughts on Islam and its sublime teachings that promote moderation, justice, dignity, compassion, tolerance and respect for others’ views, he went on to say.

Tuesday is the 12th day of the lunar Hijri month of Rabi al-Awwal, which, according to Sunni Muslims, marks the birth anniversary of Prophet Muhammad (PBUH).

Shia Muslims worldwide celebrate the auspicious occasion on the 17th day of the month (which falls on next Sunday).