General
The link was copied
News ID: 3476144
TEHRAN (IQNA) – In a ceremony on Thursday night in Mashhad, winners of the 14th edition of a national Quranic contest named ‘Mudha Mattan’ received their awards. 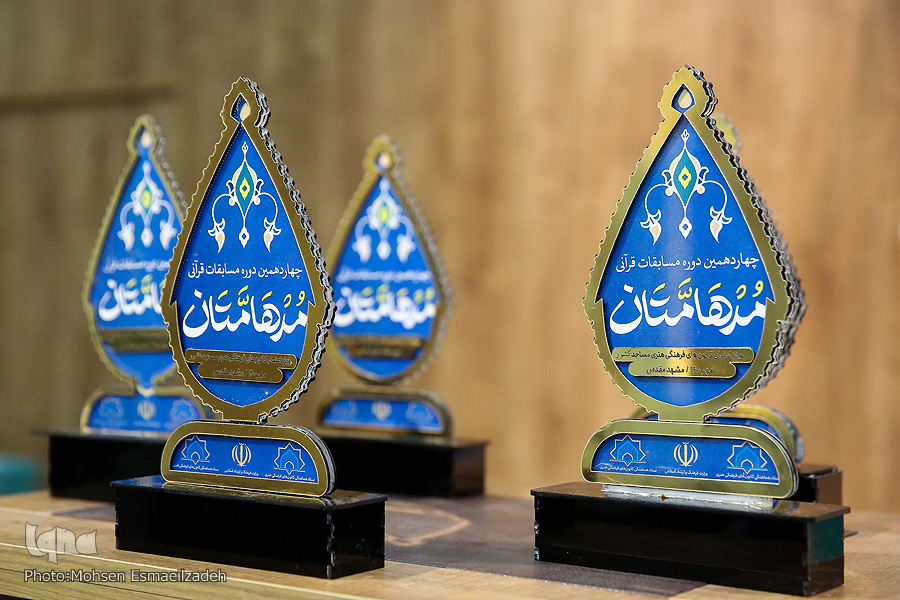 The closing ceremony of the competition was held after Isha prayers near Imam Reza (AS) Holy Shrine in Mashhad, northeast Iran.

The categories of the festival included Quran memorization, recitation, Tarteel, and Adhan.

Some 12,000 men and women had participated in the preliminary stage among which, 87 individuals made it to the final round.

In the men’s category of Quran memorization, Emad Anvari won the title while Mohammadreza Rezaei and Seyyed Ali Hosseini stood next.

And Hossein Taheri won the title of Adhan category.

In the women’s section. Marzieh Pourteimour won the title of Tarteel recitation while Zeinab Ziadoust received an honorary mention award.

Ahmad Adel al-Ghaderi, an Iraqi international Quran referee, was honored in the closing ceremony of the event.