General
The link was copied
News ID: 3476145
TEHRAN (IQNA) – A Canadian-based human rights activist says colonial powers are benefitting most from the lack of unity among the Islamic Ummah. 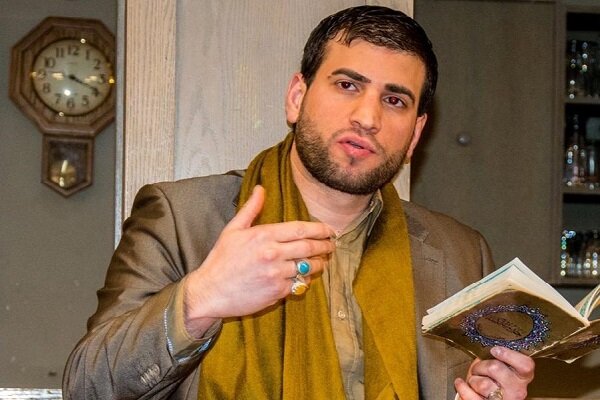 Muslims around the world are celebrating the birth anniversary of Prophet Muhammad (PBUH). The five-day difference between Sunni and Shia narrations of the birthday anniversary has been named as “Islamic Unity Week” and different events are being held to mark this event and discuss aspects of the required unity.

International Quran News Agency (IQNA) has reached out to Firas Al Najim, head of Canadian Defenders for Human Rights, for his comments about the unity.

IQNA: How do you assess the priority of establishing unity among Islamic sects and schools?

Al-Najim: So establishing unity among Islamic sects and schools should be one of the priorities of Muslims from all sects because we have seen major sedition and division in these last few years and many politicians have used the sedition as a tool to divide the nations or to divide their own nation to be able to fully control the people.

As long as the people are divided and they caught up in some type of turmoil then it will give access and empower those evil tyrants and puppets that are installed all over the Islamic rule.

The enemies very well know – and we are alking about imperialists such as America, the English regime, the Zionists – that if the Muslims are divided and then we can control the resources, we can control the security of the region, we can access these countries and nations by media and different ways to keep them weak. That's why Imam Khomeini (RA) had the cure for this and he always called after the Revolution for Islamic unity.

IQNA: What can be the main factors of this unity?

Al-Najim: So the main factors of this unity is that the blood of Muslims should be secured and that we cannot have more bloodshed happening in the Middle East in a lot of this is through sectarian speeches and sermons. we need to find these people from the Sunni and Shia sects and we need to expose them and we need to work on humiliating them and showing that they are deviated from the Islamic religion and from the Islamic principles of unity.

Because the Quran says “hold on to the rope of Allah together and do not disunite” and this is the fact that Islam always calls for unity and for standing together and united under the one God and the final and divine prophet Muhammad, peace be upon him in his progeny.

The unity of Muslims is an essential part of Islam; that's why we have Friday prayers for instance where Muslims join together and stand side-by-side and pray and at times they pray for the same dua; the dua that they're asking for they're doing it together.

IQNA:What are the main challenges ahead of establishing this unity?

Al-Najim: The challenges of establishing between Muslims is obviously the Saudi regime because they are occupying the holiest Islamic land and that is the Prophet Muhammad's shrine and mosque and Mecca where we pray towards.

And they have been spreading the sectarian extremist deviant doctrine called Wahhabism that was created less than a couple hundred years by a very extremist and deviant man Muhammad Abd al-Wahhab; this was all established by the English colonialists. It was a colonial project to disunite Islamic Ummah and to have the most arrogant and ignorant people ruling the holy land because they knew that Islam was a danger to their evil project and plan.

So they worked very hard to make sure that whoever is controlling this holiest zone is that he will be a person that will disunite Islamic Ummah and that will work against unity of Muslims.

IQNA: Which countries do you think benefit most from division in the Islamic Ummah?

Al-Najim: The countries that benefits from the division of the Islamic Ummah are obviously Israel in the Middle East and their American and British puppets which is obviously the [Persian] Gulf Cooperation Council and that is the Saudi, the Emirati, all the ones that are pretty much aligned with normalizing with Israel.

They all had relations with Israel before but these relations were under the table and now they are openly expressing their relationship with the satanic and illegitimate regime called Israel.

So the ones that obviously benefit are ones that want to control the world and that is obviously the colonial powers and that is the British, the Americans, the French, and some of their associates.

And what they have planted in the Middles East that is Israel. So they are the ones that are benefiting the most and this is not a new plan it's a very old plan and it is failing think God to the unified Resistance Front and that is obviously a unity of Sunnis and Shias as well.

IQNA: Which measures can best neutralize the plots against unity?

Al-Najim: One of the ways to stop these plots is to resist by media by more spreading awareness by holding more conferences and events between Sunnis and Shias  and to have the Sunni and Shia scholars stand side by side and declare their love for each other, their love for Prophet Muhammad (PBUH), their love for liberating Palestinian lands, and their love for fighting disunity and fighting the sedition.

Prophet Muhammad(PBUH) has a hadith where he says that the sanctity of a believer is higher than the Kaaba and all of us pray towards the Kaaba and know how holy it is and people go there for pilgrimage once-in-a-lifetime if they are able to.

So this should be a priority for all of us at the sanctity of all these believers that believe in God Almighty believe in Prophet Muhammad the stand for this  path of Islam that they should make sure that the believers are all protected and unified and living in honor and respect.

We, as Muslims, always have a responsibility to stand up and speak out and spread the love of the prophet Muhammad (PBUH), spread the mercy upon mankind. Muhammad’s message is to have mercy between each other

Also there is a verse in Quran that says Prophet Muhammad (PBUH) is the messenger of Allah and the believers are harsh against the non-believers but they are merciful between each other and spread mercy and this is what we should do.