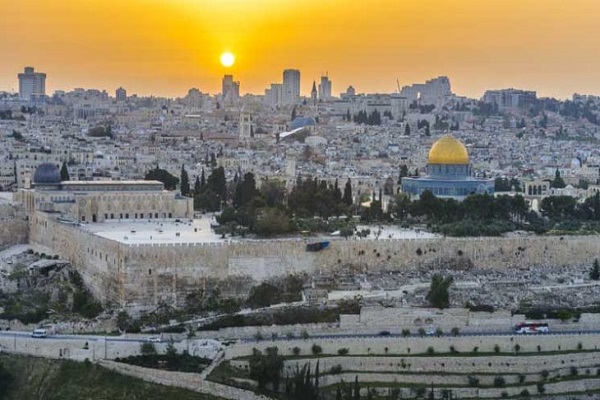 The Presidency of Religious Affairs (Diyanet) announced that visits to the occupied city of Quds will resume as of early January.

Mahmoud al-Habbash, Mahmoud Abbas's adviser on religious and Islamic affairs, welcomed the decision, calling on other Arab and Islamic countries to take similar decisions with the emphasis on recognizing the right of Palestinians over the city, according to al-Quds al-Arabi.

He said that such visits are a form of material, moral and political support for Palestinians.

He urged other Islamic countries to resume such touristic programs in the occupied city which can confront the Israeli regime’s attempts to diminish the Islamic identity of the area.

"The intensive Arab and Islamic visits to Jerusalem are a religious virtue and a political necessity at this particular time," he said.

Last Thursday, al-Habbash had held a meeting with President of Turkish Religious Affairs Ali Erbas in Ankara, conferring on ways to protect the Islamic identity of al-Quds, confront attacks of Israeli regime and settlers, and improve tourists’ visit to al-Quds.

Turkey’s religious body issued a statement, noting that it intends to organize 37 tours to al-Quds in 2022 as the restrictions related to the pandemic have eased.

Palestinian officials, meanwhile, reject some of the visits that are made in coordination with the occupying regime and aim at normalization.

Sheikh Muhammad Hussein, the Mufti of Jerusalem and the Palestinian territories announced in a statement that prayer in Al-Aqsa Mosque “is not for those who normalize” with the Israeli occupation.

Muhammad Ahmad Hussein, the Grand Mufti of Jerusalem, had announced in a statement that prayer in Al-Aqsa Mosque Compound is not for those who normalize with the Israeli occupation.