Umrah for Overseas Pilgrims Limited to Those Aged 18-50

General
News ID: 3476552
TEHRAN (IQNA) – Permits for performing Umrah pilgrimage for overseas Muslims are limited to those aged from 18 to 50 years, the Saudi Ministry of Hajj and Umrah said. 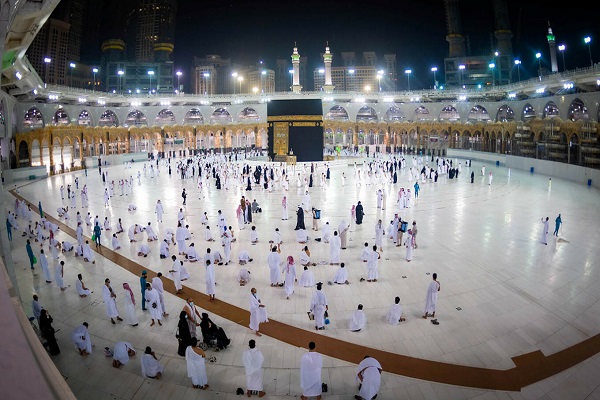 According to the ministry, overseas pilgrims are also required to be fully inoculated against COVID-19 with vaccines recognized in Saudi Arabia and presenting an officially endorsed vaccination certificate to obtain an electronic entry visa via a platform of the Saudi foreign ministry.

Pilgrims should choose licensed travel consultants to obtain their package through. It would help them to get a permit to perform Umrah and offer prayers inside the Grand Mosque in Mecca.

The ministry has recently launched a service enabling overseas Umrah pilgrims to obtain permits for performing the rituals in the Grand Mosque in Mecca and pray in the Prophet Mohammed Mosque in Medina through the health apps Eatmarna and Tawakkalna in an effort to facilitate procedures for them.

On October 16, the Saudi interior ministry announced the easing of restrictions across the country, including those related to the Grand Mosque in Mecca and the Prophet’s Mosque in Medina.

Earlier on November 12, Nawaf bin Saeed Al-Malki Saudi Arabia’s ambassador to Pakistan hinted at the resumption of flights from Pakistan for Umrah. It was discussed in a meeting with Minister for Religious Affairs Noor ul Haq Qadri.