General
News ID: 3476613
TEHRAN (IQNA) – The Astan (custodianship) of Imam Hussain (AS) holy shrine in Karbala, Iraq, plans to build a new courtyard at the mausoleum. 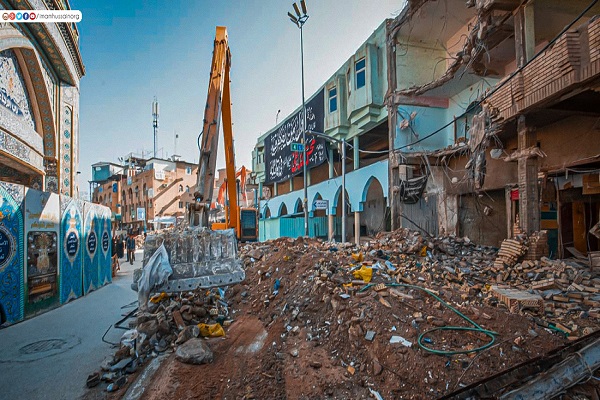 Named Imam Hassan Mujtaba (AS), the courtyard will be built in the southeast corner of the mausoleum, according to the website of the Astan.

Land acquisition and demolitions have started and implementation of the construction plan will start in the next two months, Eng. Hussain Ridha Mahdi, head of the Astan’s engineering and technical section said.

He added that the new courtyard will have an area of 100,000 square meters.

Mahdi added that it will include worshipping, cultural, and service areas.

The courtyard will be built to better serve the pilgrims of the holy shrine, he went on to say.

The mausoleum is a major pilgrimage site that is annually visited by millions of pilgrims from Iraq and other countries across the world.