General
News ID: 3459702
TEHRAN (IQNA) – The holy shrine of Imam Hussein (AS) in Karbala, Iraq, has been covered in black on the martyrdom anniversary of Imam Musa Kadhim (AS). 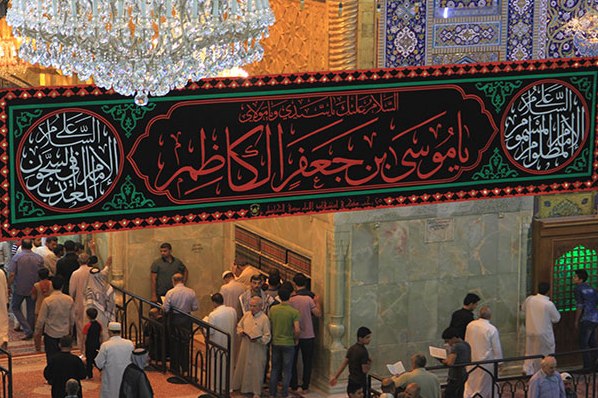 According to the website of the Astan (custodianship) of the shrine, preparations have been made to hold mourning ceremonies in the holy shrine on the sad occasion.

The preparations include measures taken by Iraqi forces to ensure the security of pilgrims.

Today, the 25th of the month of Rajab in the lunar Hijri calendar, marks the anniversary of Imam Kadhim’s (AS) martyrdom.