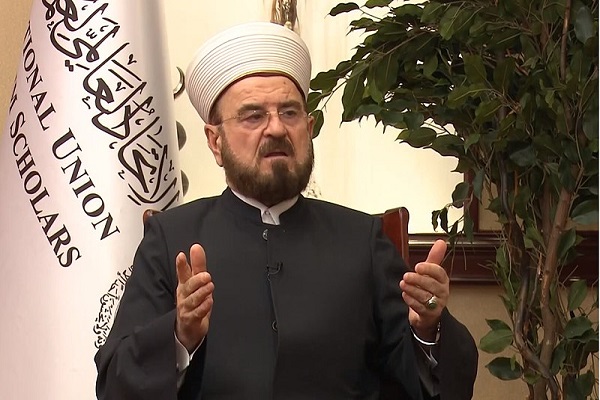 Ali al-Qaradaghi said in a statement that by normalizing relations with the Zionist entity, countries like the United Arab Emirates and Morocco did a Haram (forbidden) thing and betrayed the rights of the Palestinian nation.

He noted that the IUMS has on various occasions denounced the normalization bids and attended numerous conferences and seminars to underline its position and draw attention to the fact that such a move is treason against the Muslim Ummah’s first cause, namely the cause of Palestine.

The statement called for all possible efforts to liberate the occupied lands, especially the holy city of Jerusalem al-Quds.

It also noted that IUMS President Ahmed al-Raissouni, who is Moroccan, has condemned Morocco’s normalization of ties with Israel and written an article in which he has warned against the dangers of such relations.