General
News ID: 3476696
TEHRAN (IQNA) – Hamas has vehemently slammed recent "security, intelligence, and military cooperation deal" between Morocco and the Zionist regime as another defeat for the Arab world. 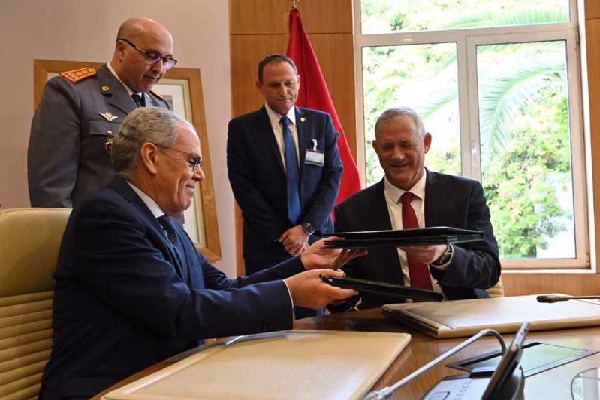 "The announcement of compromise between Morocco and the occupying regime amounts to a new defeat for the brittle [regional] Arab establishment," the Palestinian resistance movement said in a statement on Saturday.

Morocco and Israel signed the agreement on Wednesday during a ceremony attended by Israeli minister of military affairs Benny Gantz and Moroccan Defense Minister Abdellatif Loudiyi in Rabat.

Morocco normalized its ties with the Israeli regime under a United States-brokered deal last year following in the footsteps of the United Arab Emirates, Bahrain, and Sudan.

"The move by the regime that rules Morocco towards normalizing its relations with the Israeli regime is tantamount to betrayal of the Islamic and Arab principles and backing down in the face of the issue of Palestine," the Hamas' statement said.

Tel Aviv, the movement noted, would take advantage of the instances of compromise towards intensifying its adversarial policies against the Palestinian nation.

All other Palestinian groups have similarly lambasted the normalization spree, calling it a stab in the back of the Palestinian cause of liberation from Israeli occupation and aggression.