Al-Azhar Warns against Using Islamophobia to Woo Voters in Europe

General
News ID: 3476851
TEHRAN (IQNA) – The Sheikh of Al-Azhar voiced concerns about a growing trend among European politicians to use Islamophobia as a means to get more votes in elections. 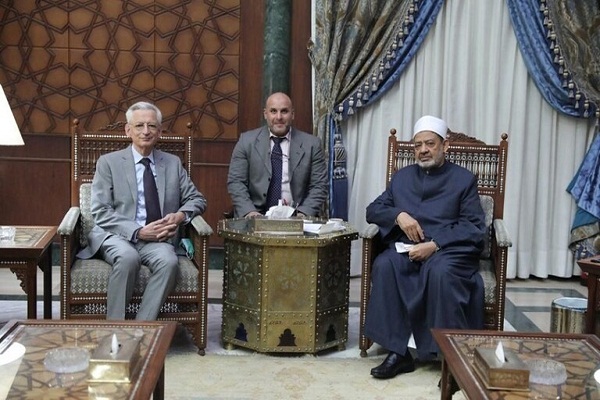 He said such moves could lead to spread of hate, racism, Islamophobia and discrimination against Muslims in Europe.

El-Tayeb further referred to Al-Azhar’s efforts to counter extremism and stressed the importance of continued dialogue between the East and the West in order to deprive extremist groups of opportunities to achieve their destructive goals.

The French envoy, for his part, hailed Al-Azhar’s efforts and its position in the Islamic world.

Marc Barety noted that Al-Azhar has condemned terrorist attacks targeting his country in recent years and that the Sheikh of Al-Azhar has rejected and opposed extremism and acts of terrorism.

In a meeting with a delegation from the European Parliament on Sunday, el-Tayeb slammed attempts at imposing the Western culture on the East as provocative and a big challenge.